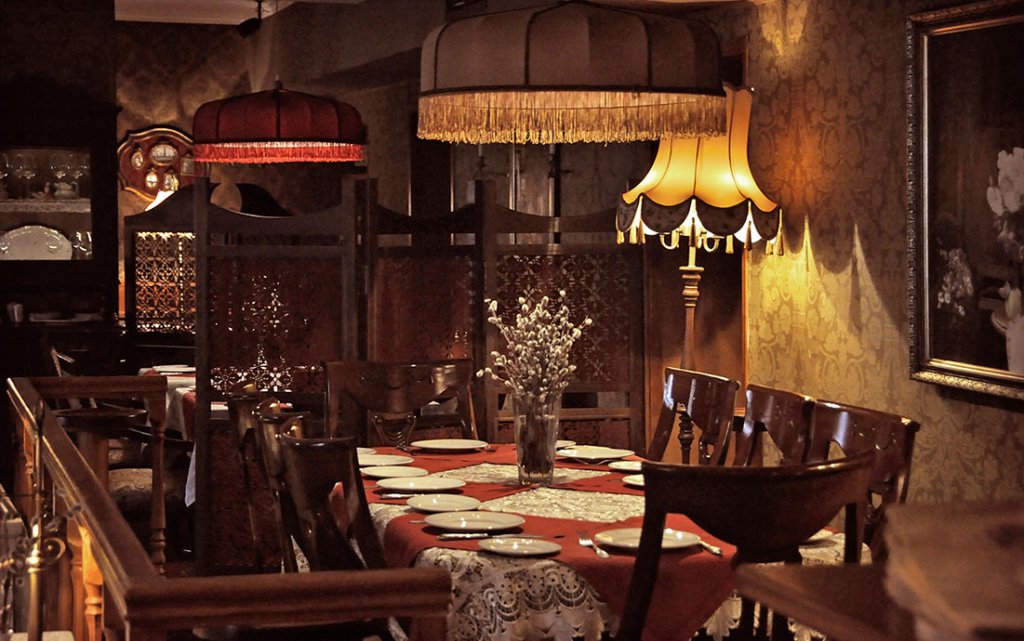 A joint gastronomic project by actor Oleg Menshikov and restaurateur Dmitry Stepanov, who united on the basis of their mutual love for authentic Siberian cuisine. Stepanov also owns a restaurant of the same name in Krasnoyarsk, after the success of which he opened a similar one in Moscow. Chemodan specializes in traditional Russian cuisine, with most of the dishes prepared according to the centuries-old recipes of Siberian nations, which were gathered by the establishment’s founders over several years. The restaurant’s interior is eclectic, with muted colors, but boldly decorated: gold wallpapers, bright red curtains, antique figurines on the shelves, and pictures in lush frames on the walls.

The produce for the kitchen is supplied strictly from Siberia: both the fish and game, and the wild mushrooms and berries. The menu offers an abundance of hot and cold snacks: venison or Altai elk liver pate, smoked bear meat or baked Yenisei fish (broad, tugun, nelma). Among the main dishes there are more than ten options made from equal portions of meat and fish, all of them prepared according to historical recipes. The wine list includes spirits and liqueurs made from similarly old recipes: aniseed flavored vodka, rowanberry ratafia, gooseberry liqueur, lemon vodka with milk, and several dozen more to choose from.