Culinary traditions of the peoples of the Russian North 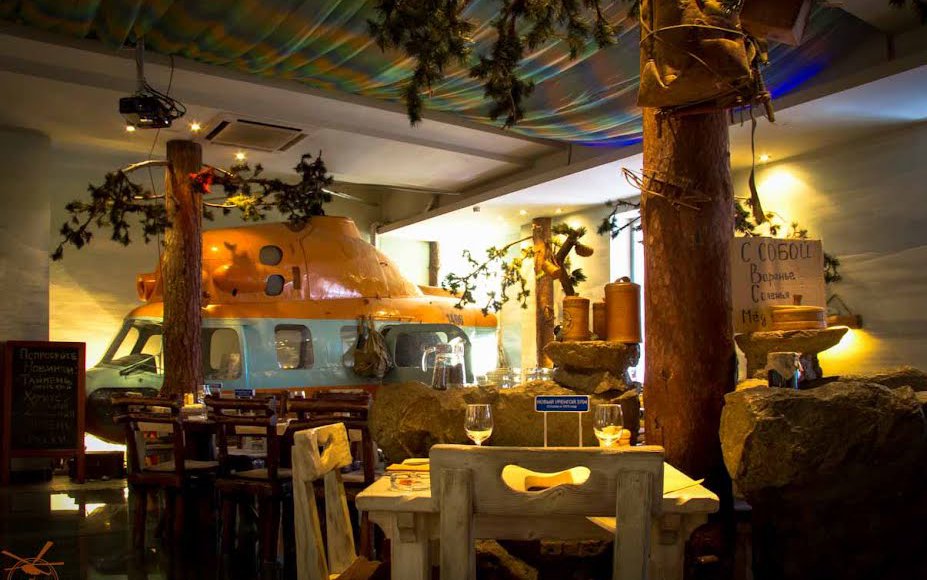 This is one of the first restaurants serving northern cuisine in Moscow, in operation since 2002. According to legend, the idea to open the restaurant came to its founders after a difficult expedition beyond the Arctic Circle, during which they had to find food on their own for several days in a row. Expedition’s main hall is adorned with the hull of an Mi-2 helicopter used in polar aviation, and minimalistic northern vegetation and the snow-covered northern expanses are recreated in the decorative interiors. A guitar, backpacks, and other travel accessories placed along the perimeter of the hall add authenticity to the space.

Produce is delivered to the restaurant from the most remote corners of the country – Kamchatka, Siberia, Karelia, the Polar Urals, Altai, and the Komi Republic. Recipes for specialties are also collected from these regions during culinary research expeditions. Among the hot dishes, fish is the priority – more than ten species of northern fish (including rare sorts such as muksun and nelma) in lots of variations can be found on the menu. Also, there is a wide selection of venison snacks: liver pate, fried and boiled tongue, deer roast and so on, and visitors can also try exotic products, such as wood grouse meat. Dishes may be supplemented with traditional northern garnishes such as sour cabbage with cranberries and cloudberries or soaked lingonberries. Quaint desserts include pies with berries, pine nut brittle, and frozen cranberries in warm caramel.