A fish restaurant on the embankment 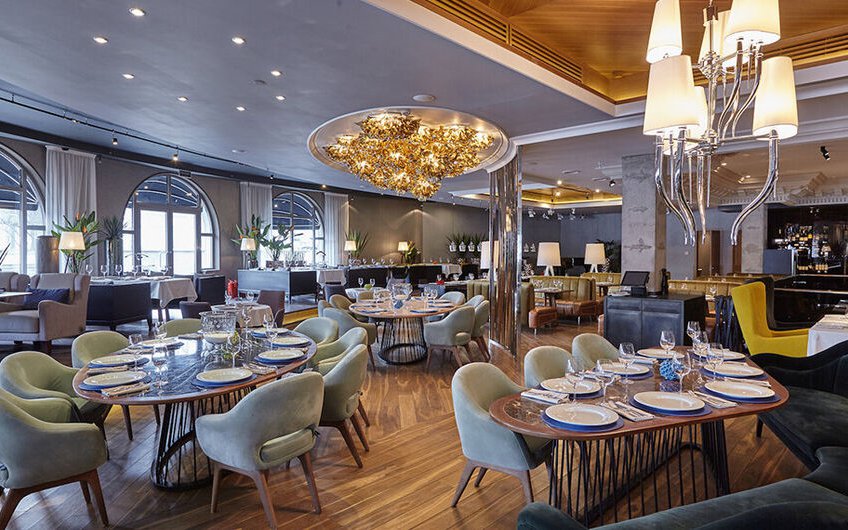 Alexander Rappoport's flagship restaurant is located on Kutuzovsky Avenue and just opposite the so-called White House, which serves as the seat of the Russian government. The guest hall has 200 seats, and the interior uses elegant yet fun sea-themed decor: the lamp curves are reminiscent of octopuses, the chandelier looks like a coral reef, and in the center of the hall stands a monumental statue of Neptune.

The menu offers a variety of fish dishes cooked according to traditional recipes from different parts of Russia. Almost all the fish on the menu is local: the restaurant's founder says that 90% of the seafood comes from 25 Russian rivers and seas. Some of the main items include sterlet stroganina (raw, thin, long-sliced frozen fish), cod liver, spicy Sosva herring, and musk sugudai, a traditional dish of northern Russian peoples. The restaurant's signature Crabs, Crayfish, and Shrimps menu section contains two dozen rare seafood dishes, including Kamchatka crabs, cold-water prawns, and sweet crayfish. There are also caviar and oyster bars. The wine list is rather modest and dominated by white wines, which help to fully reveal the taste of the seafood.