European cuisine on the Patriarchs 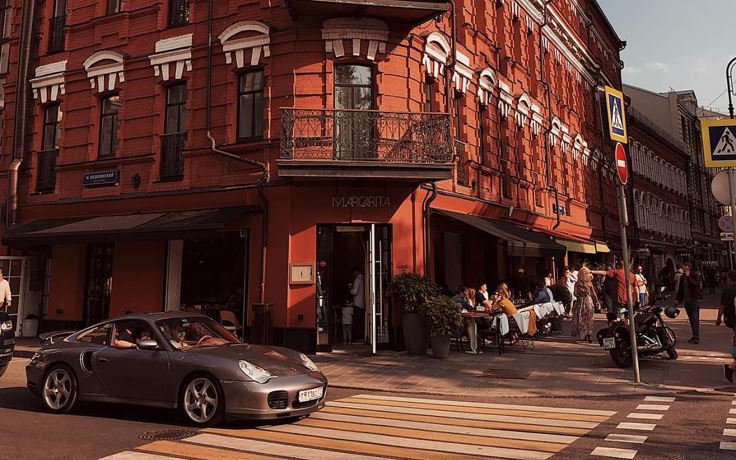 The name was not chosen by chance: there was once a Margarita cafe, named after Bulgakov’s heroine, at the corner of Malaya Bronnaya and Kozikhinsky Lane. The only thing that remains of the cafe is its name and the stucco ceiling, which is now complemented by the new floral ornaments on the walls. There is an open kitchen with a bar counter in the center of the hall.

The menu consists of classic European dishes, pasta, seafood, and appetizers to go with wine, and there is also a separate breakfast menu. The bistro delivers throughout Moscow, and in the summer, the freshly roasted coffee, prepared by chief barista Anastasia Godunova, can be enjoyed on the outdoor terrace.