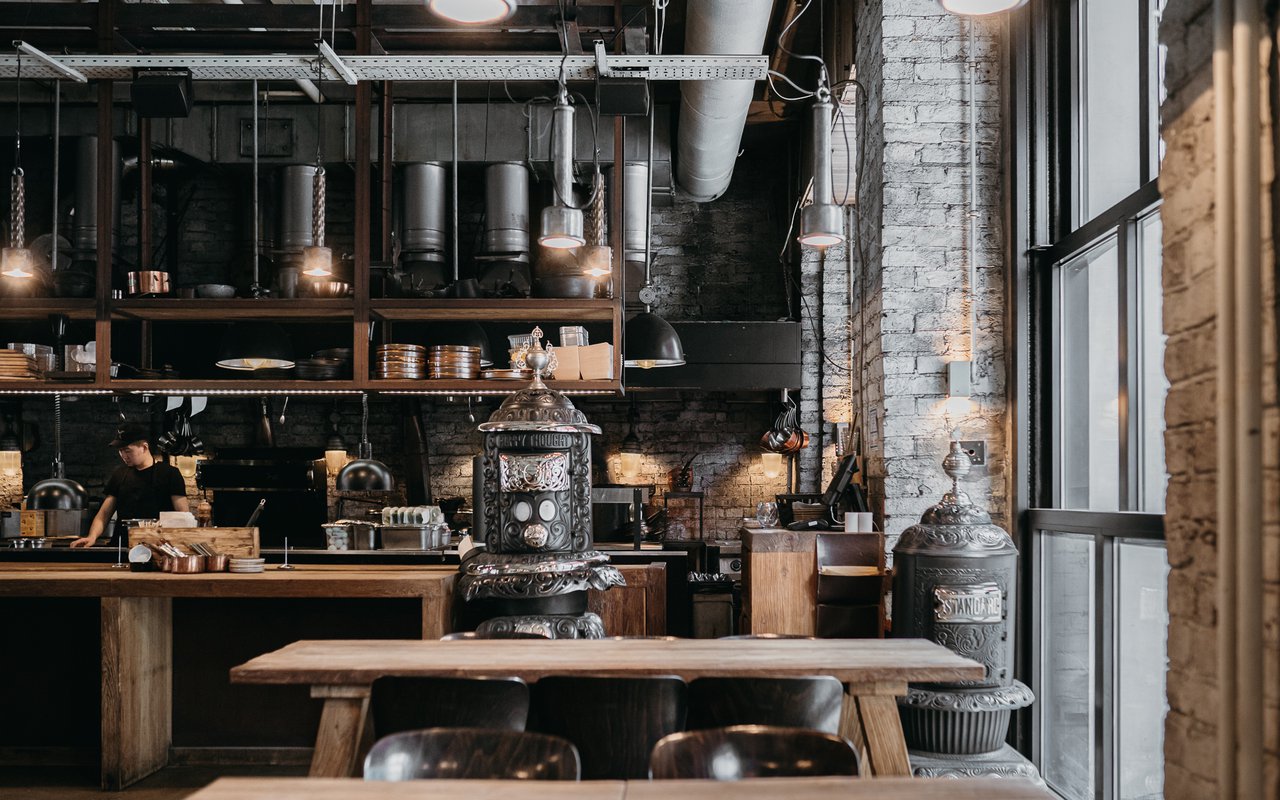 This is a joint project by restaurateur Ilya Tyutenkov and chef Uilliam Lamberti, who previously established Uilliam’s, known for its large open kitchen. The creators of Ugolyok have always been interested in non-standard methods of cooking, and their new restaurant focuses on cooking in wood-fired cast-iron ovens. Nine restored antique mid-19th-century ovens were bought from America, forcing an increase in the planned area of space by six times. The interior is centered on the ovens, combining brutal forms with elegant decorations. Moss grows on the concrete walls, massive wooden furniture is blended with slender metal chairs, and glass cups sit side by side with ceramic plates.

The concept of the restaurant is “hearty food for cultured people”. The menu is based on standard dishes (burgers, pasta, steaks) with unusual seasonings. Beef dumplings are added to pumpkin soup, spongy bone to capunti pasta, and the Caesar salad is served with a seafood kebab. There are original desserts, among which the passionfruit marshmallows with sesame seeds are especially popular. In addition to the main menu, a selection of seasonal dishes is available. The bar menu is constantly updated but is traditionally dominated by wines. 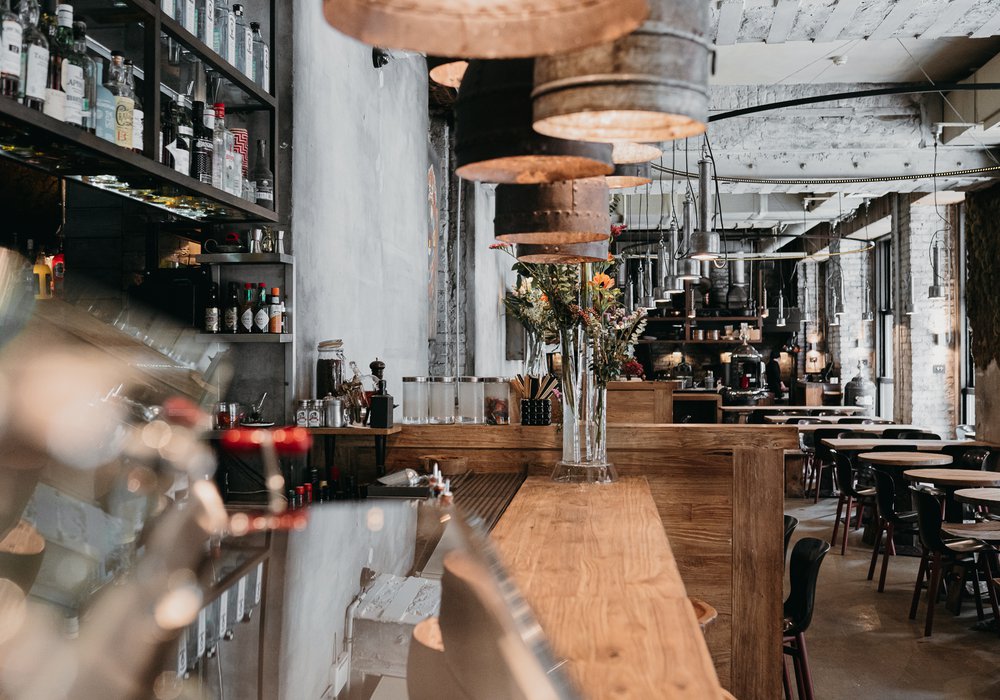 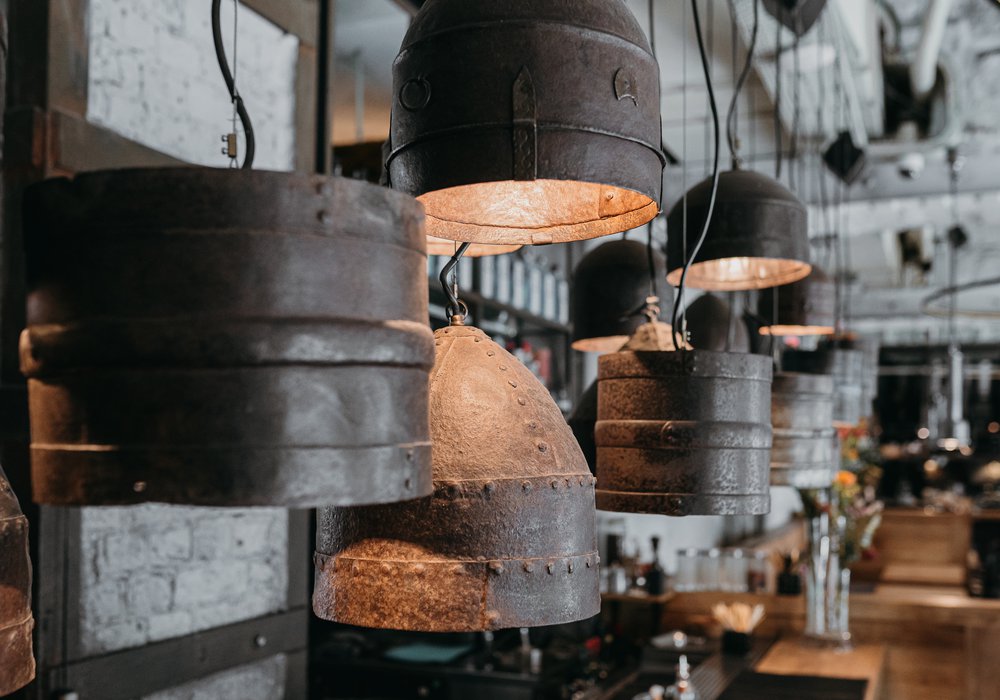 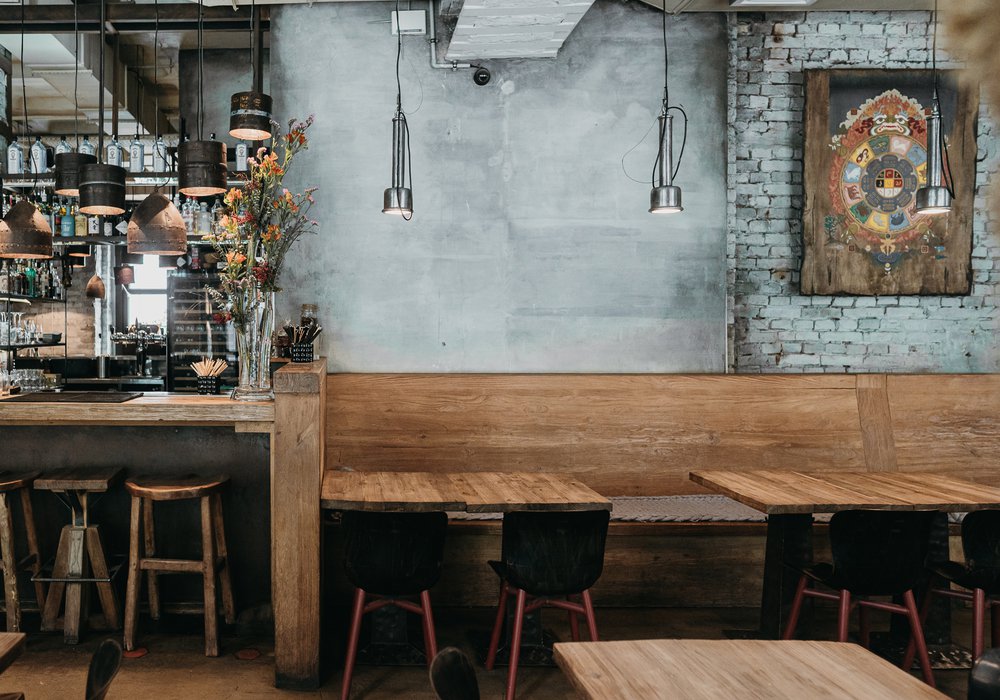 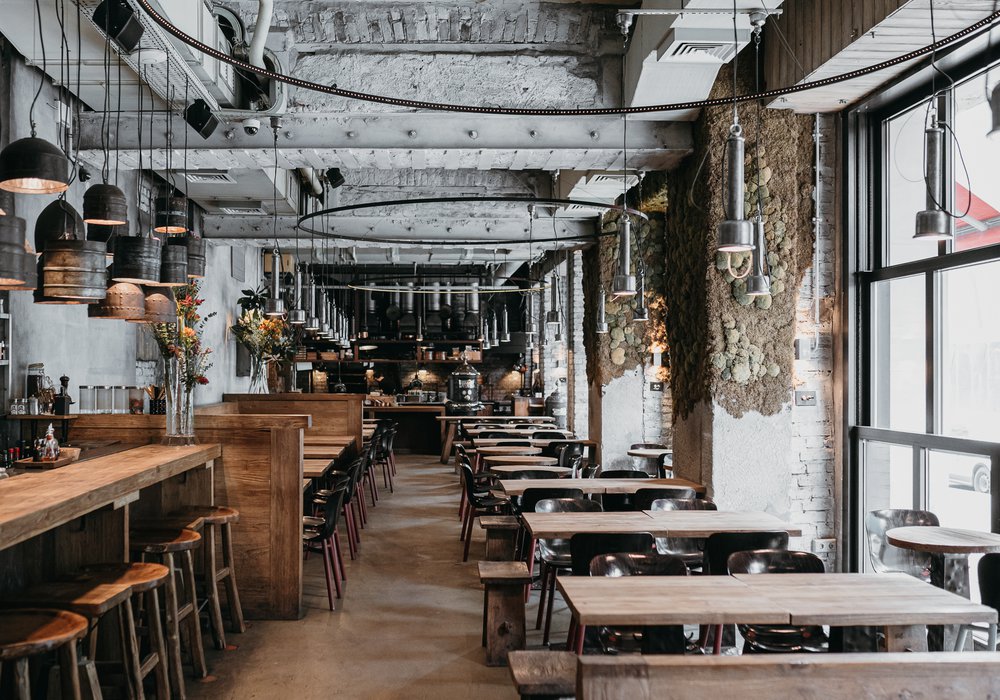 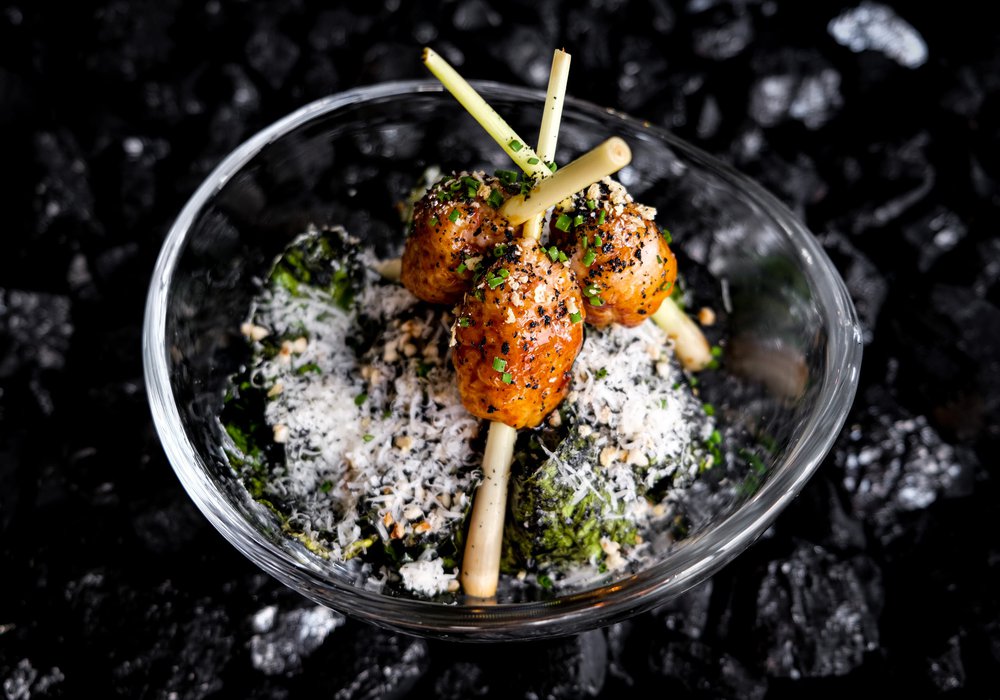 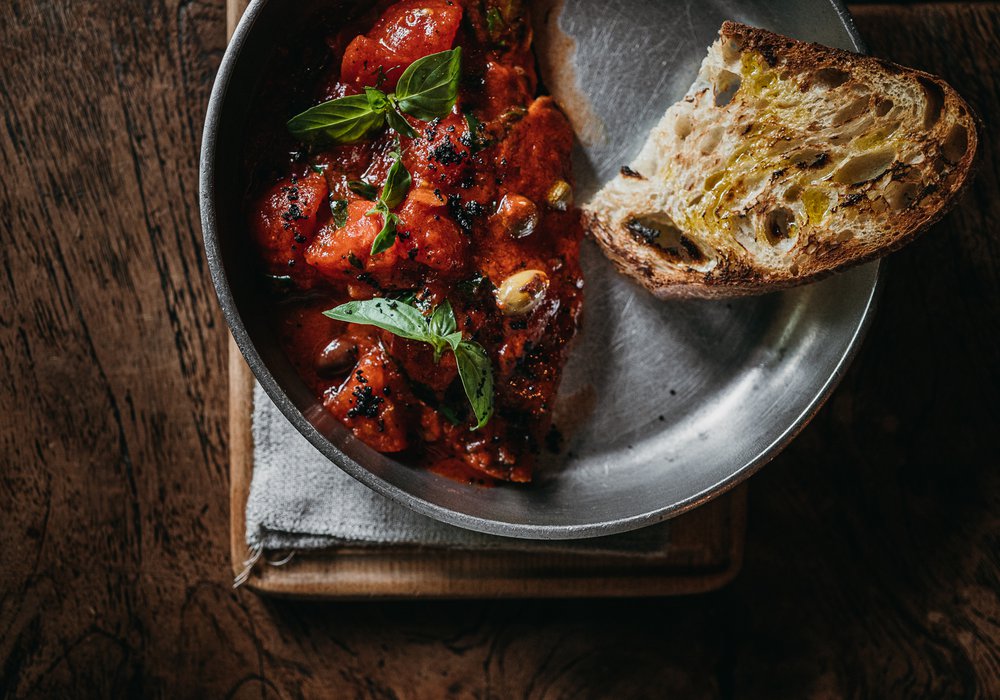 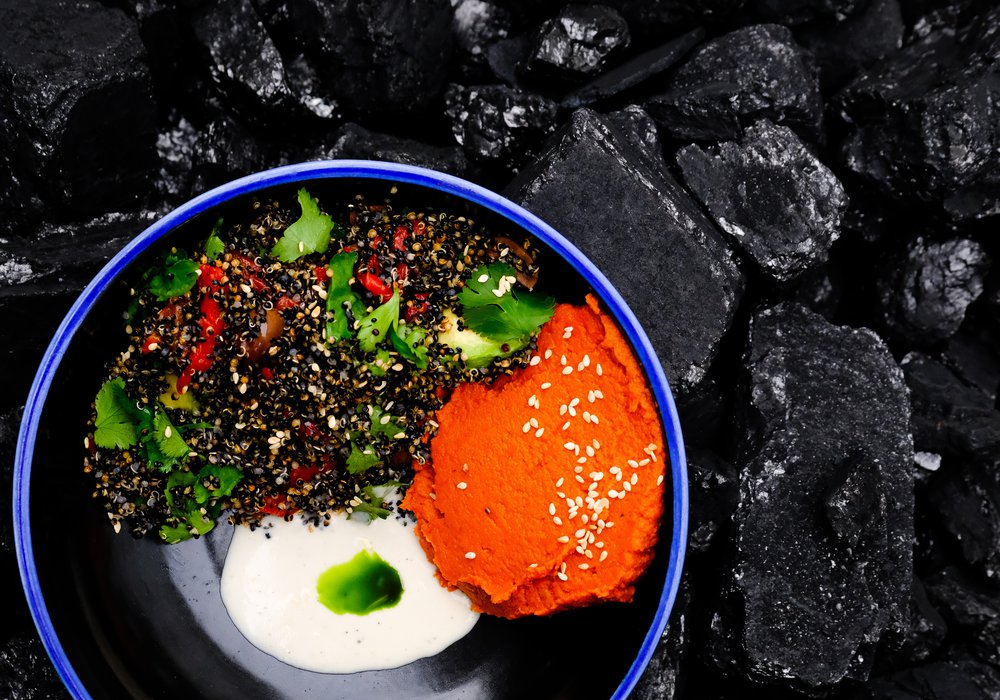