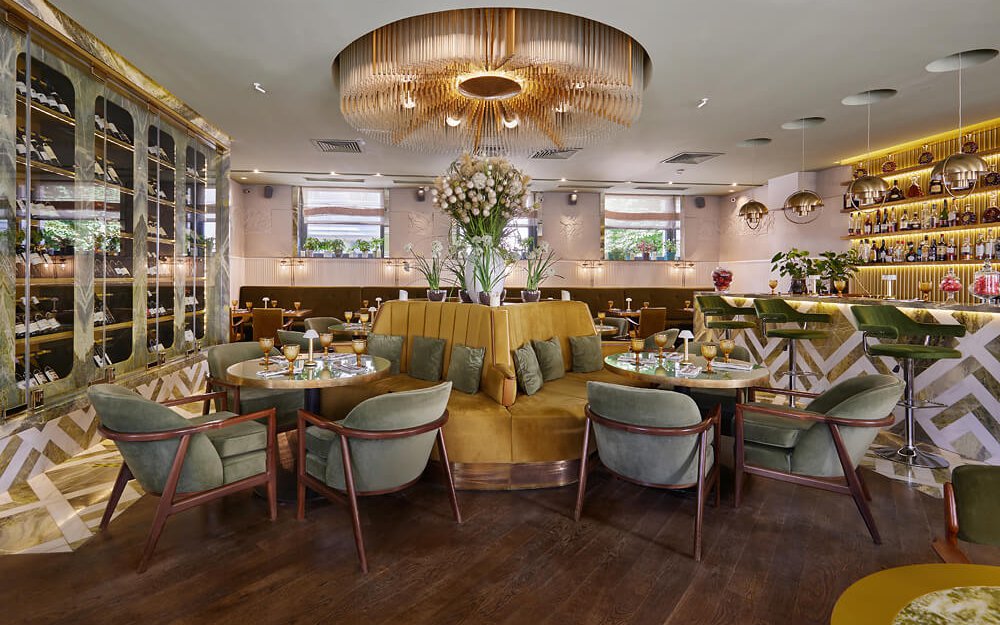 A restaurant with a bright veranda on Ostozhenka Street opened in the middle of the 2000s: owned by the Pozner brothers, it was named after their mother. A few years ago, the concept was revised with the participation of Alexander Rappoport. The main focus of the place shifted towards French cuisine. As a result, Geraldine has become one of Moscow's most prominent neo-bistros — a culinary trend that combines French cuisine techniques with international motifs. The restaurant now uses Parisian cuisine as a starting point and complements it with Italian, Spanish, Chinese, and Thai flavors.

The menu includes French classics featuring unusual ingredients (for example, salade niçoise with tuna marmalade) and contemporary eclectic dishes. The restaurant's signature combination is cauliflower cream soup with smoked eel and morels and burrata with bottarga and balsamic pear marmalade. The wine menu is not too big and consists of French wine only.