A museum for Russian language lovers of all ages 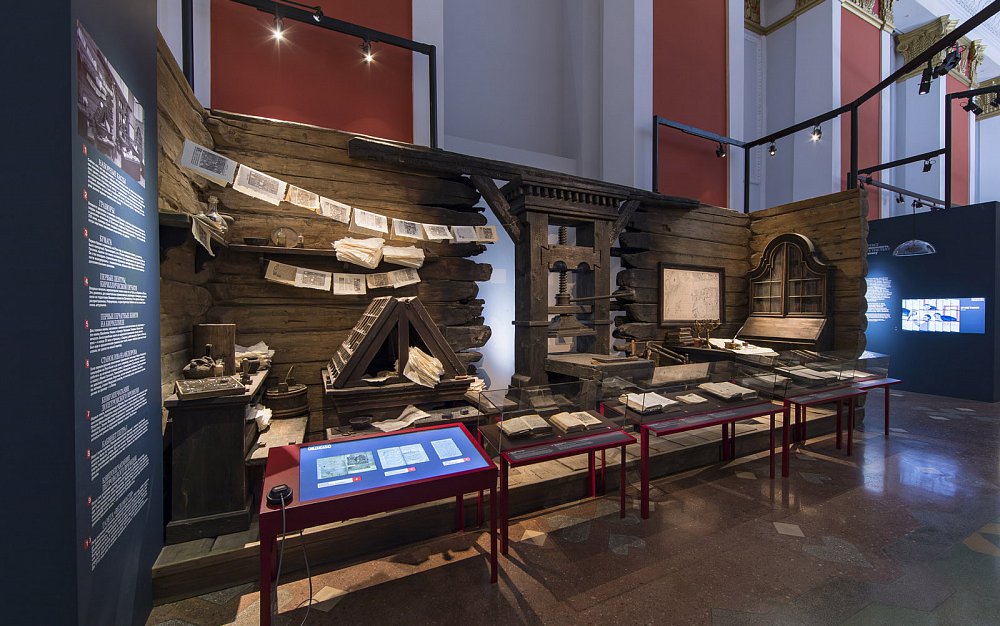 A museum and educational complex in the restored building of the Farming Pavilion. Architecturally, this is one of the most unusual buildings at VDNH — the pavilion is lined with exotic gray granite and ceramic tiles, and the facade is decorated with golden ears of wheat symbolizing a rich harvest. After the renovation, the pavilion became a permanent exhibit about the history of writing. The four-part exhibition illustrates the centuries-long evolution of the Cyrillic alphabet; the introductory block is dedicated to the development of writing in ancient times, and subsequent halls are devoted to the history of letters, the connections among texts, culture, and the state, and the final part discusses oral speech and non-verbal communication. You can start your excursion from any part: the exhibition space is not built according to any chronological principle, but according to the historical importance of the phenomena presented.

In addition to the exhibit, the Slavic Writing Center actively promotes the Russian language — it often hosts writers and readers' clubs, lessons on the Old Slavic language, and workshops in calligraphy. Children will be interested in the theatrical program, which includes performances based on Russian folk tales and ancient bylinas (old Russian epic poems).