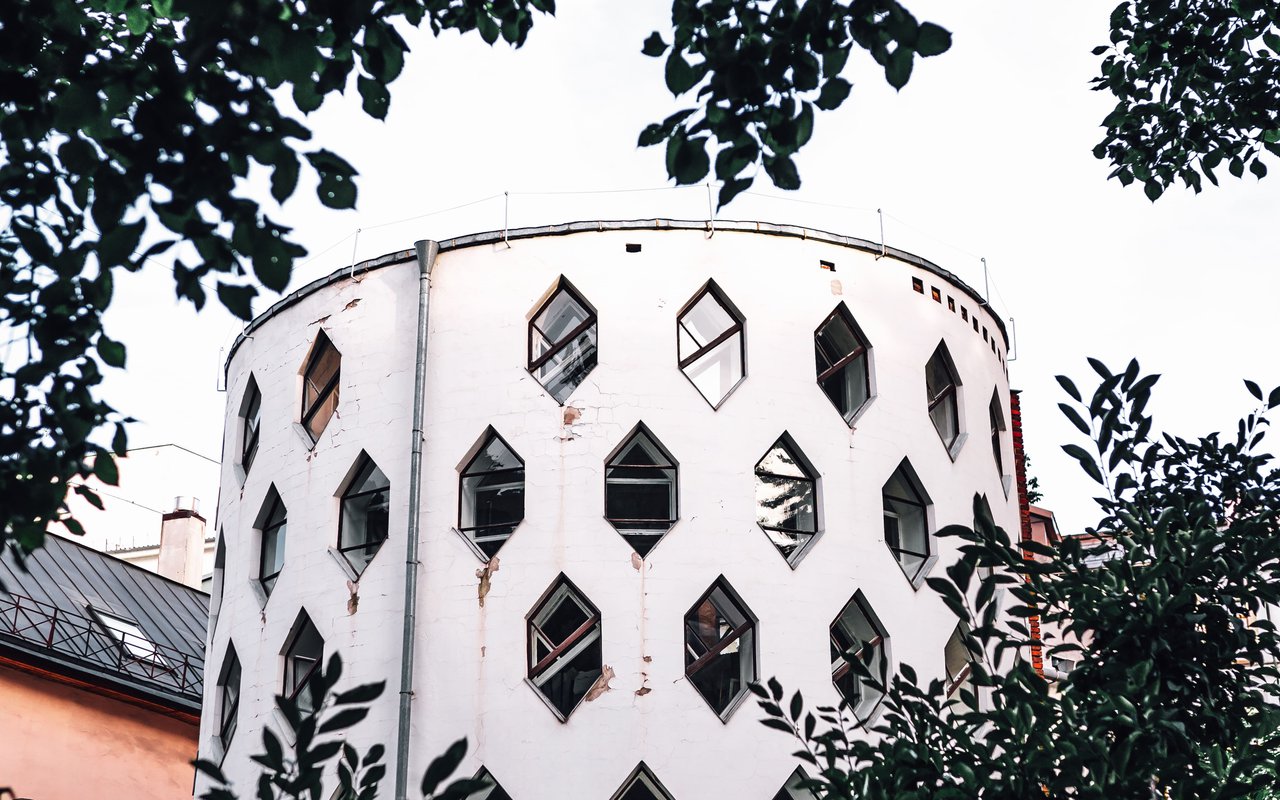 Unusual both in form and content, the house-studio was designed by illustrious architect Konstantin Melnikov for himself and his family. Melnikov rose to worldwide fame after his USSR pavilion was showcased at the International Exhibition of Modern Decorative and Industrial Arts in Paris.

Built in 1927–1929, the house is widely regarded as Melnikov's creative apogee thanks to innovative design details, its unorthodox spatial composition, and layout. The building consists of two merged cylinders with multiple hexagonal windows. The first floor houses a canteen, a kitchen, children's rooms, and a cloakroom. Upstairs are a living room and a bedroom. The living room is lit with sunshine through an octagonal window. The top floor comprises a studio lit through 38 windows and an open terrace or a solarium. A mansion of this kind is a rarity of the Soviet era.

The house was converted into a museum in 2014. To visit it the following month, you need to book tickets well in advance: on the 17th of the current month. The museum can only be accessed as part of once-a-day guided tours for groups of up to five individuals. Minors are allowed if older than six years of age and if accompanied by adults.