The gallery of one of Moscow's seminal artists 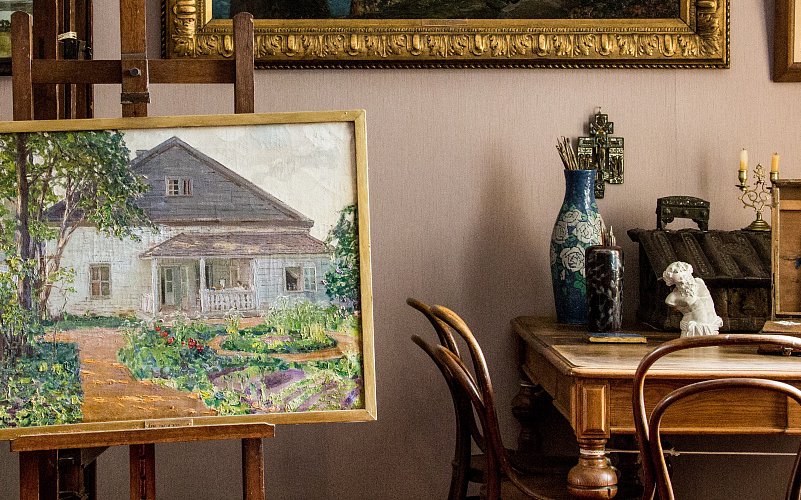 Apollinary Vasnetsov, the older brother of Viktor Vasnetsov, has long been acclaimed as one of the seminal painters of Moscow. His watercolors reconstruct the appearance of the Russian capital over the timespan of several centuries. Apollinary Vasnetsov lived his entire life in Moscow. In 1903, Vasnetsov, his wife Tatyana, and their son Vsevolod moved into the third floor of this apartment building at Furmanny Lane, close to Chistoprudny Boulevard. The artist set up his studio here. He practiced applied arts and crafts in addition to painting. For example, he made most of the furniture for his new home himself. Vasnetsov lived here for thirty years.

In 1965, the painter's widow and son had the apartment converted to a museum with some 200 paintings and drawings by Vasnetsov, as well as his books, easels, paints, and brushes on display. Every detail of the décor in Vasnetsov's three rooms—the living room, the study, and the studio—was carefully restored. The apartment next door was designated to house a separate set of exhibits telling the story of Vasnetsov's life and oeuvre.