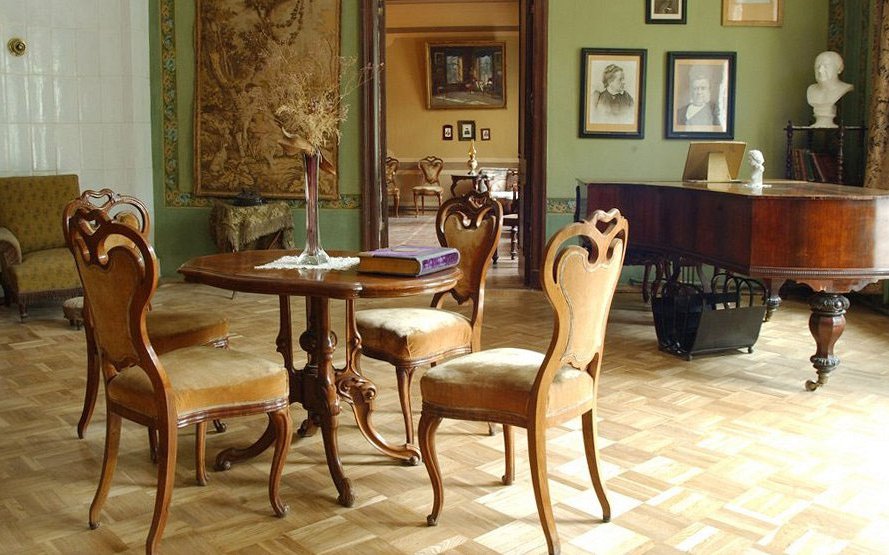 The museum-estate celebrates the life of the famous drama actress Maria Yermolova who was dubbed by stage director Konstantin Stanislavski as "the greatest actor" he had ever seen in action. The museum is housed in an old three-story mansion on Tverskoy Boulevard. Although Yermolova moved here aged 36, the exposition covers her entire life.

The space features reconstructed rooms of the house owners—Maria Yermolova and her husband Nikolai Shubinsky—the actress's childhood residence, and her dressing room at the Maly Theater. It also preserves lots of memorabilia ranging from her underwear to posters of the plays she took part in. The museum's exposition occupies the entire three floors of the old mansion. First, visitors are offered a small exhibition on Yermolova's theatrical debut. Next up is the Yellow Parlor, a spacious, brightly lit room with an elegant round table in its middle. Yermolova's study is the only room in the mansion that was once captured on a photo, hence the detailed recreation of its interior.

The museum doubles as a music and theatrical salon. Productions are staged and performed by the Vakhtangov Theater company along with some other troupes. For example, the Opera in a Mansion features a potpourri of fragments of famous operas performed by companies of Moscow's muscial theaters.

A vast tour schedule includes projects intended for children. The "What is Theater?" program invites young visitors on a creative quest around the museum-estate, whereas adults can join engaging walks around the "thespian Moscow."