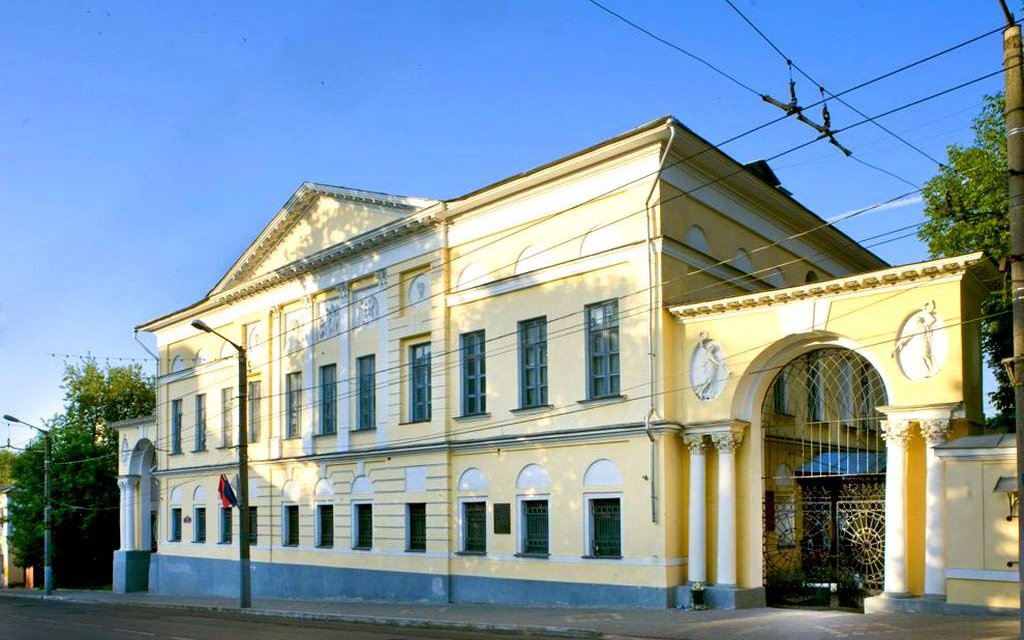 The museum occupies the former manor of Count Alexander Tolstoy where Nikolai Gogol spent the last four years of his life, between 1848 and 1852. It was here that he first read his famous satirical play "The Government Inspector" to the public. It was also here that the writer burnt the second volume of his novel "Dead Souls."

The first thing to debut in the building was a library followed by two Gogol memorial rooms whose interior was based off of the memoirs of the writer's contemporaries. The library houses a vast collection of sheet music by Russian and Soviet composers, over 300 volumes of collected works and editions both dating back to his active years and published posthumously, and a large batch of scholarly papers on the writer's biography and legacy.

The present-day exposition includes six rooms. The redesigned space was created by artist and expo initiator Leonty Ozernikov. As per the new concept, each room carries a symbolic installation artwork as a lead item. The hallway focuses on the travel bag that Gogol used in his frequent journeys. The parlor accentuates the fireplace evocative of the incinerated second volume of the author's seminal oeuvre. The chair in Gogol's study room is a replica of those the invited literary public sat in while listening to the writer read "The Government Inspector" out loud. The Memory Room preserves Gogol's death mask. As for the second-floor exposition, it is dedicated to the writer's literary legacy. It houses his books, portraits, prints, and lithographic stamps.