About the history of the Jewish people 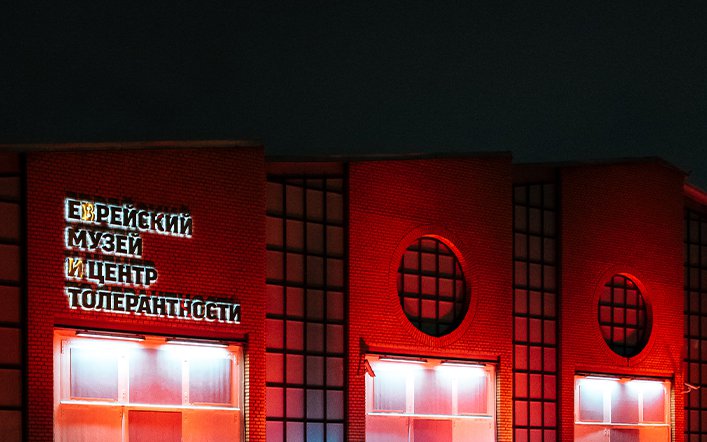 The museum represents the world's largest venue dedicated to the life, history, culture, and daily routines of the Jewish people, besides being one of Europe's leading state-of-the-art museums. Established in 2012, it quickly became a staple of Moscow's cultural life. The Center occupies the revamped former premises of the Bakhmetyev bus garage, a heritage site of the Soviet avant-garde architecture.

The museum comprises 12 themed halls. The first thing to catch the eye is a a pavilion with a 4D movie theater. The documentary narrates the Jewish history from ancient times through present days.

One of the key exhibits is a touchscreen map tracing the migration routes of the Jewish people and Jewish communities in various parts of the world. The Shtetl hall highlights the life of a Jewish town in pre-revolutionary Russia. Some expositions illustrate life in Odessa at the turn of the 20th century as well as the events of the 1917 revolution. A giant-sized diorama portrays the Jews participating in World War II and the terrors of the Holocaust.

The museum also features the Tolerance Center, an educational project and a discussion venue. The children's center is where you can safely leave your kids of four years of age or older while visiting.