Gallery of 19th- and 20th-Century European and American Art 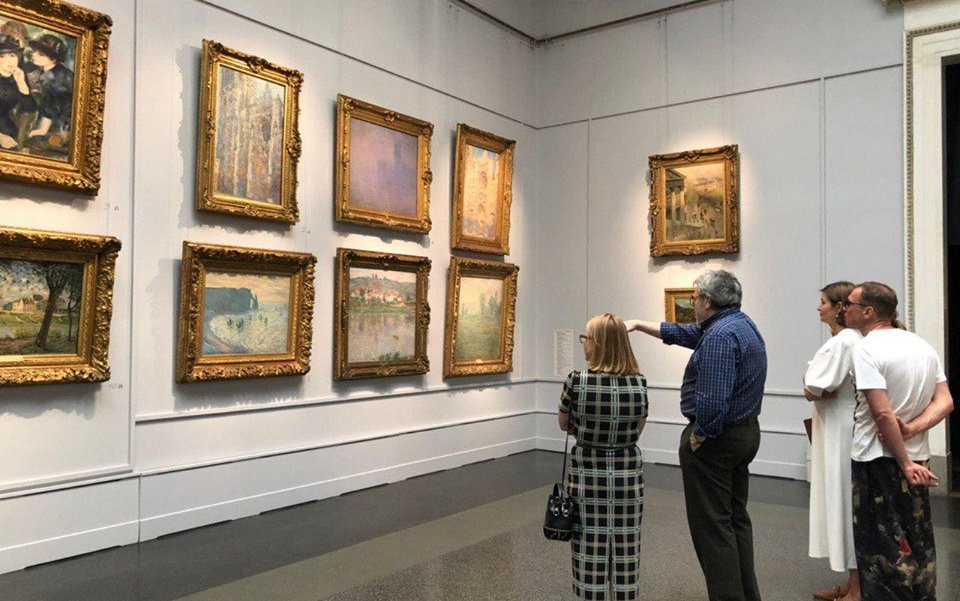 The art gallery presents canvases by Western European and American artists of the 19th and 20th centuries, including works by impressionists and post-impressionists from the collections of businessmen Sergei Shchukin and Ivan Morozov.

The two Russian art benefactors began purchasing these works before Impressionism came into vogue both in Europe and the Russian Empire. Ivan Morozov was an avid fan of Paul Cézanne, Maurice Denis, and Pierre Bonnard, while Sergei Shchukin became the patron of Henri Matisse and Pablo Picasso.

The gallery occupies the left wing of the Golitsyn Estate House on Znamensky Lane. The wing is currently owned by the Pushkin State Museum of Fine Arts. The building is famous for its former tenants, including artists Vasily Surikov and Ilya Repin, composer Alexander Scriabin, and Nobel Prize-winning poet Boris Pasternak.