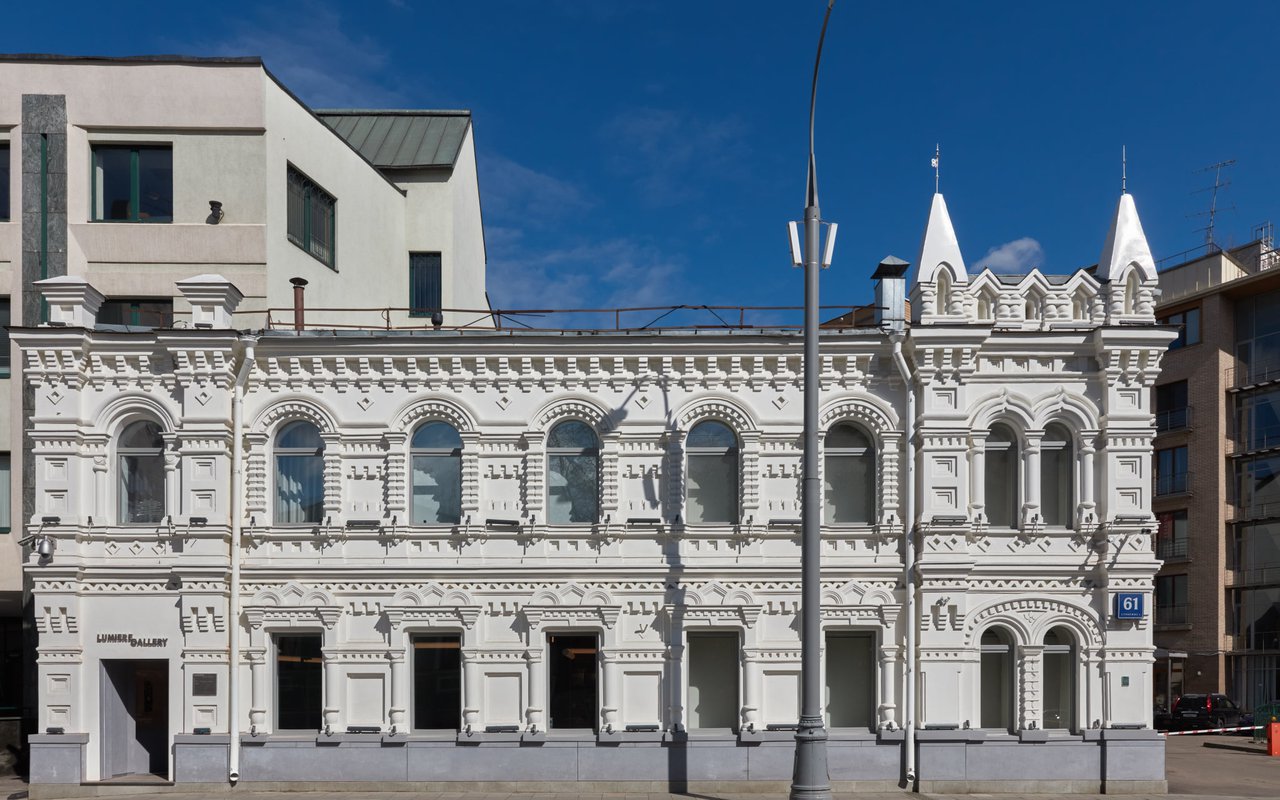 The Center was founded in 2001 as part of the Central House of Artists, only to be relocated to the former Red October Confectionery Factory. In 2021, the gallery found its new home in the 19th-century mansion perched on Polyanka Street. It includes two spacious exhibition halls, a cafe, and a bookstore offering a second-to-none range of themed books and photography catalogs.

The gallery also represents works of contemporary Russian and internationally acclaimed artists and hosts exhibitions of famous 20th-century photographers. Among other things, it exhibits the classics of Soviet constructivist photography, photo reporters of the Stalin era, and outstanding Soviet war correspondents. Alongside it, the gallery features postwar Western art, including shots dating back to the Golden Age of Photojournalism in the US and Europe. The Center also exhibits works of up-and-coming foreign photographers, such as Laurent Chéhère's surrealistic images of flying Parisian houses.

The visitors' only option is joining guided tours that take place frequently. Saturday tours are hosted by the Center's curators who help the audience explore the exhibition, the gallery's office, and the storage facility as well as break down the nuts and bolts of photography from negative photos, exposure, and storage details to pricing to attribution and various printing styles.