Nuggets, meteors, and a giant pillar of salt 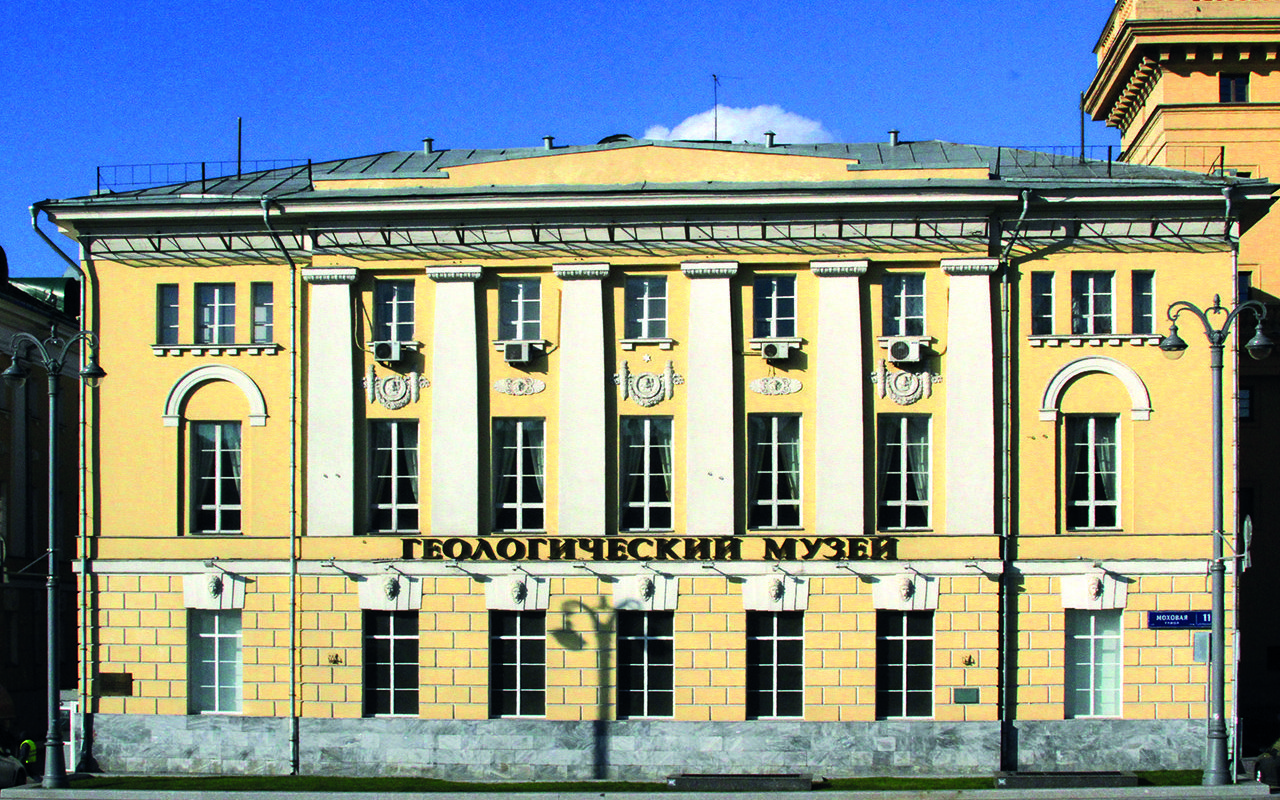 One of Moscow's oldest museums, it showcased the first collection of minerals back in 1755, courtesy of the Demidovs, a prominent dynasty of mining and metals tycoons. Today, the total collection spans around 1,000 exhibits, ranging from precious stones to meteor particles.

Unique items include a 1,100-pound native copper slab from Kazakhstan, a 440-pound podium-mounted Ural malachite rock donated by one of the Demidovs, and a giant sample of Donbass-sourced sodium chloride, 2'6" thick and 3'9" tall.

The exhibition space is divided into themed sections. The exhibits under the Earth's Geosphere convey the changes our planet has undergone over millions of years, and its internal processes. The Geological History of Earth focuses on the long-extinct realities of the Paleozoic Era, Mesozoic Era, Carboniferous period, the Late Jurassic, and other epochs. You can get a feel of real-life ichthyosaurs, mammoths, pterosaurs, and the Deinosuchus species.

The Academic Mine expo sheds light on the mining jargon, tools, and techniques along with dangerous pitfalls and fun facts. You can take a virtual trip underground in overalls and hard hats followed by a walk inside the pit. Using a VR helmet, you can also travel the Solar System or explore a seabed from inside a submersible.