A cultural hub in a former hydroelectric power plant 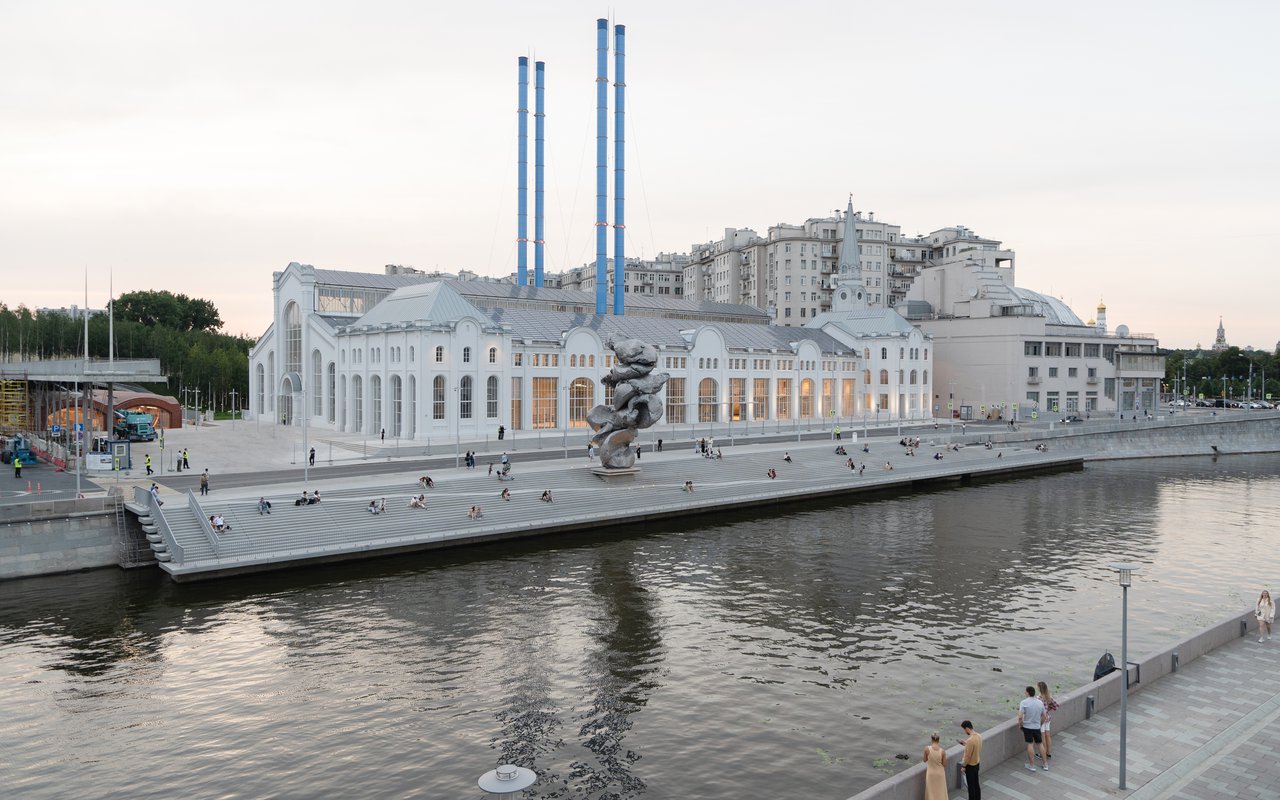 GES-2 on Bolotnaya Embankment was originally an electric power plant built in 1907. Back in the early 20th century, the new power plant was meant to electrify the central tram services in Moscow (the original name of GES-2 was Tramvainaya). In Soviet times, it generated electricity for the Kremlin. The power plant's Russian Revival building with stained-glass windows and high boiler pipes was designed by Vasily Bashkirov, who also designed the façade of the Tretyakov Gallery.

In 2014, the V-A-C Art Foundation purchased the abandoned building, which was officially recognized as a historic site. The Italian architect Renzo Piano was awarded the commission to produce a renovated design for the property. It took Piano's team a few years of work to transform the building into a busy culture hub with exhibition venues, concert stages, a library, a bookstore, a café, and a lecture center. The renovation was fully completed in the summer of 2021. The opening of the new House of Culture was commemorated with a new sculpture by Swiss artist Urs Fischer, erected on the embankment. The foundation was quick to publish the inaugural event program, featuring mediative tours about GES-2 history and architecture, and classes in different schools of yoga. The public event program is soon to be enlarged. The opening of the building's backyard with its birch grove is much anticipated, as there film screenings and concerts will be staged, and its observation deck will also be positioned, parallel to Patriarshy Bridge.