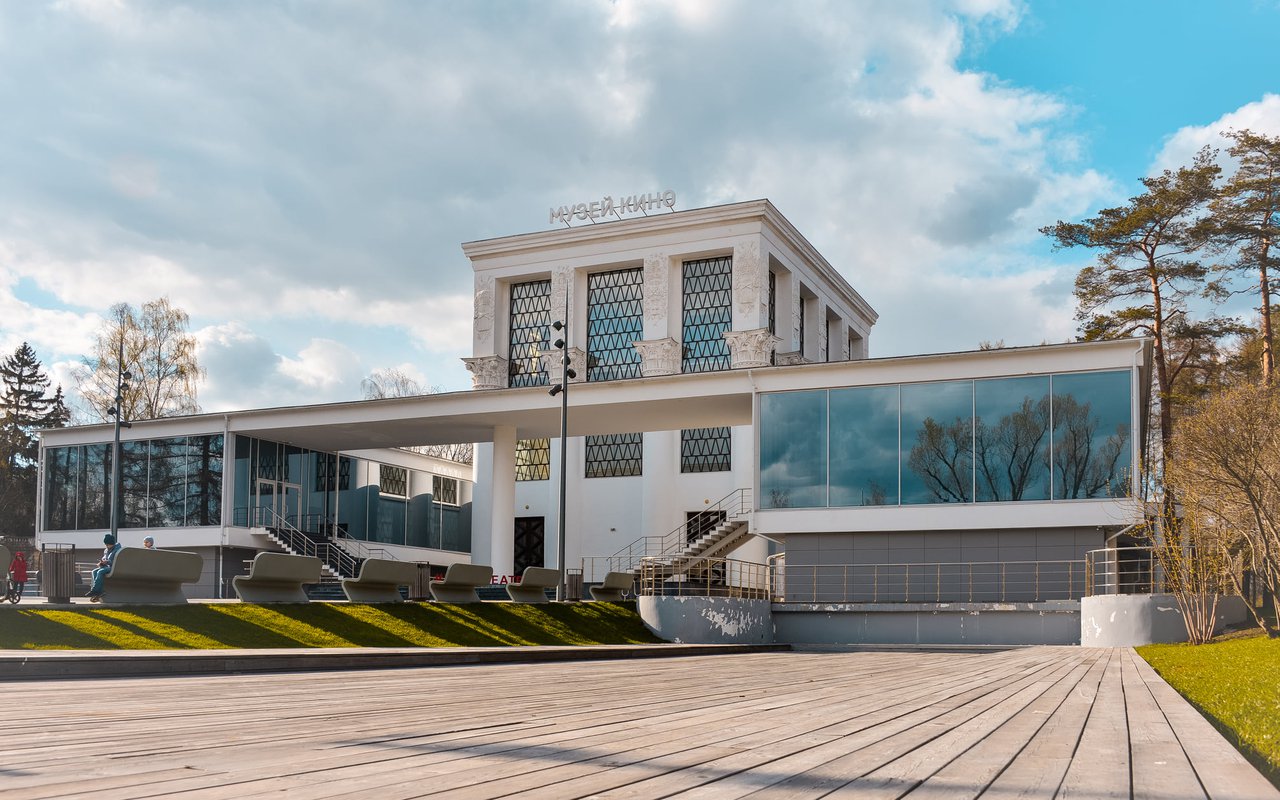 Established in 1989, the museum was for a long time housed by the Cinema Center at Krasnaya Presnya and then began switching locations, only to finally settle at VDNH as its permanent spot. The museum's pavilions is nestled between the two ponds. When visiting the museum, you can also take a stroll around the revamped exhibition space and check out local landmarks.

The museum collections boast movie costumes, photographs, posters, filmstrips, rare books, video and photo equipment, and personal items of Russian cinema legends from the late 19th century onwards. The space accommodates three halls for the screenings of archival movies, including those shot on 16mm and 35 mm film. it also has a cafe and a merchandise store.

Besides, the museum comprises a scholarly memorial study of film director Sergei Eisenstein that displays his authentic personal items, drawings, and manuscripts. The room runs non-stop footage of the director's movies.

The museum hosts tours of the exhibitions and permanent expositions intended for both adults and children. Your kids have a chance to take a behind-the-scenes look at moviemaking and find out about the occupations in the world of cinema.