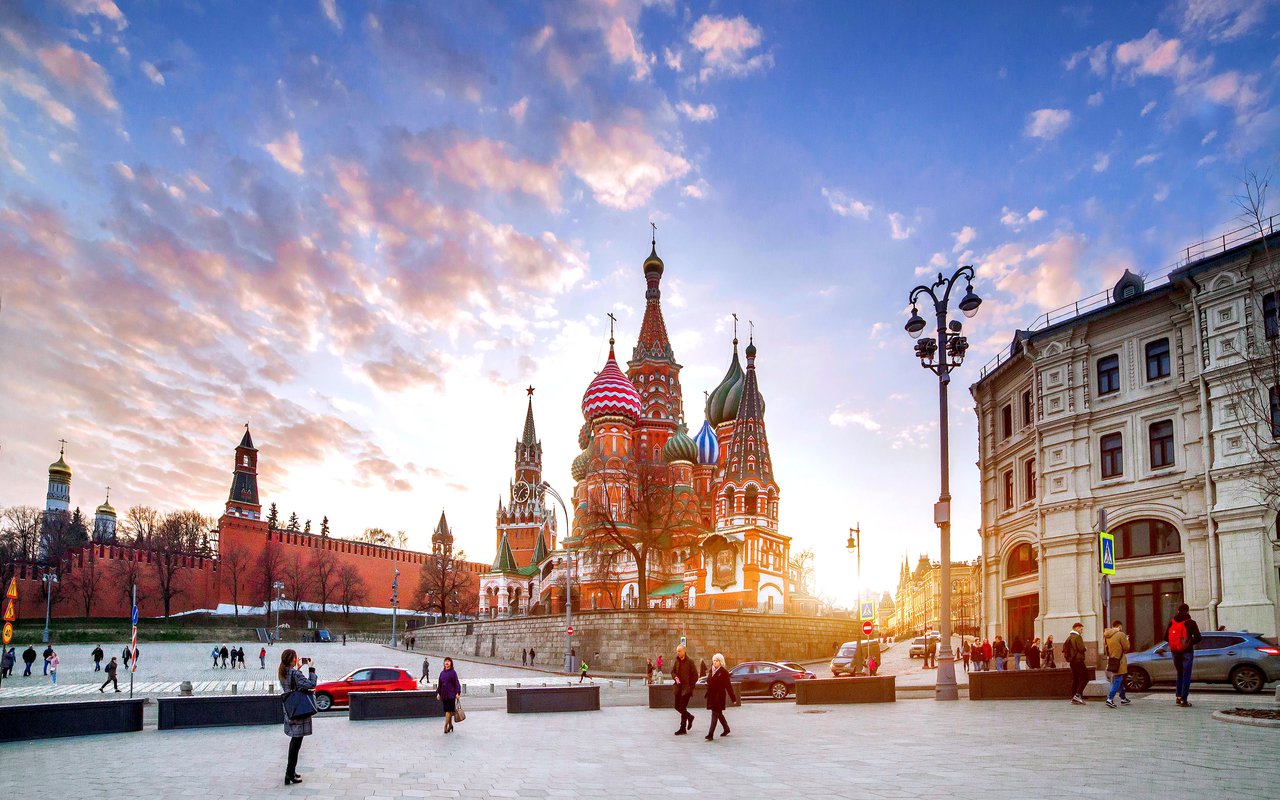 The cathedral features a unique ensemble, with a single foundation giving rise to nine separate temples. The central one is crowned with a large tent-like spire and surrounded by eight auxiliary ones arranged in a cross-like fashion. Later, the Intercession Cathedral was extended to include two lower churches in honor of St. Basil and St. John of Moscow.

The Intercession Cathedral is richly decorated with wall paintings and is home to a vast collection of old Russian iconography alongside masterpieces of church applied arts. Today, it is an active Orthodox temple, a museum, and one of Red Square's major landmarks, besides being an internationally recognized tourist symbol of Moscow and Russia, in general.

The services at St. Basil's Cathedral are held on Sundays and the day after Easter, starting at 10 a.m. That said, to enter the building, you have to pay a fee since it is part of the State Historical Museum complex. The cathedral offers guided tours, various events, and workshops enshrining important days and church festivities. On Sundays, the tours are free (excluding the entrance fee).