Russian history from ancient times through the 20th century 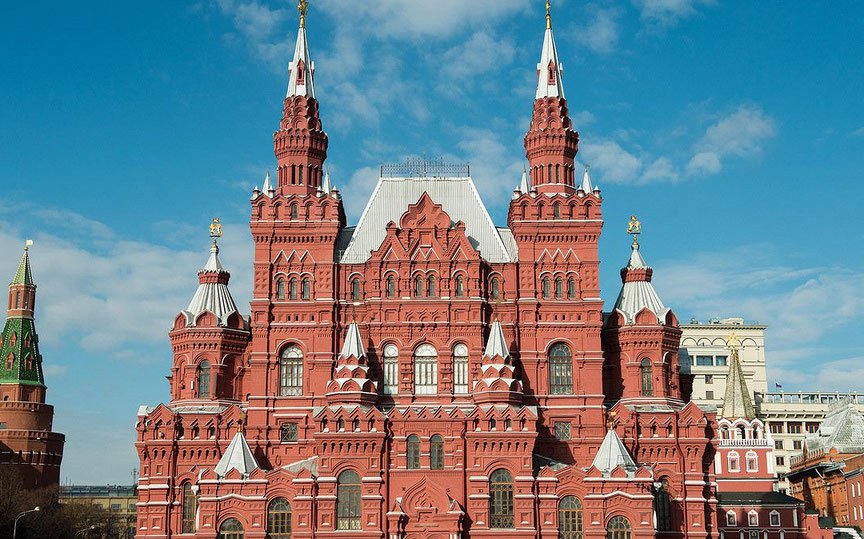 Russia's largest national history museum was commissioned by Emperor Alexander II. The building on Red Square was designed by architect Vladimir Sherwood and erected between 1875 and 1883. Sherwood also created the memorial chapel to honor the grenadiers fallen at the siege of Plevna, which can be found in the Kitay-Gorod district of Moscow.

The collection of the State Historical Museum totals over 5 million storage units and over 14 million pages of historical records. The most notable exhibits include the Izbornik of Sviatoslav, one of the oldest Russian handwritten books to survive; Apostle, the first Russian typed book by printer Ivan Fyodorov, dated March 1, 1564; and an 18th-century letter carved on the walrus ivory by Chukotka-based noble man Nikolai Daurkin.

The two storeys accommodate 39 halls, each representing an era of Russian history. The museum is home to multiple personal items of Russian rulers, military commanders, statespeople, and public figures. The permanent exposition displayed in the Red Square building accounts for less than one percent of the entire collection. The visitor count is ever increasing, with upwards of a staggering 1 million visitors a year.

Please note that exploring the exposition in its entirety takes several visits, so make sure to choose an epoch you are most interested in, e.g. the reign of Peter the Great or the history of the House of Romanov.