A city within a city built over centuries 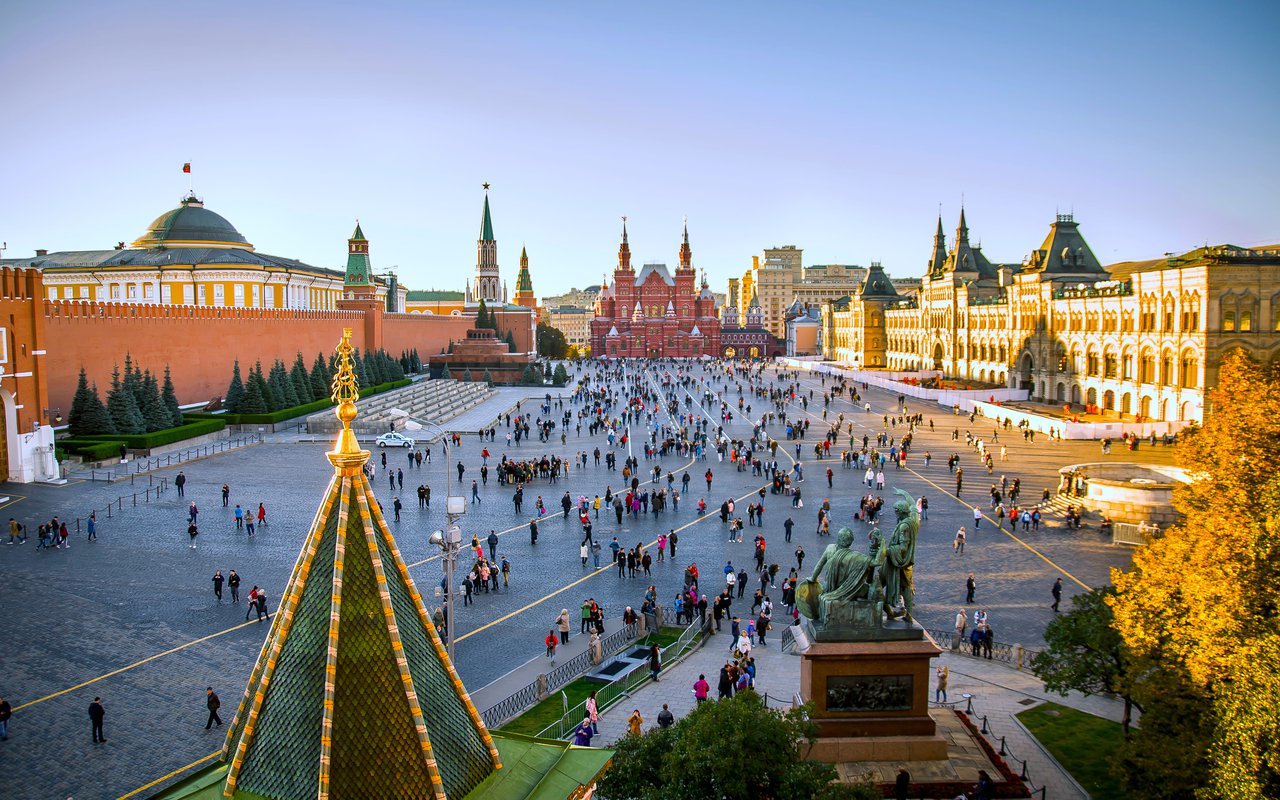 Russia's most iconic sight and Moscow's major complex of social, political, historical, and cultural importance, the Moscow Kremlin looks like a town that has been built over centuries and that preserves the true gems of Russian architecture of the 14th–20th centuries. The ensemble is listed as a UNESCO World Heritage Site.

Today, the complex comprises the Armory Chamber that stores a slew of unique items, including the regalia of the Russian tsars, coronation attire, gold and silver jewelry by outstanding craftsmen, artistic silverware from Western Europe, armaments, and carriages; the Dormition Cathedral, Moscow's oldest intact building that served as the burial vault of Moscow Patriarchs; the Cathedral of the Archangel and the Annunciation Cathedral; the Patriarchal Chambers; the Church of the Deposition of the Robe; and the Ivan the Great Bell Tower, comprised of 34 bells, with a whopping 143,300-pound Dormition bell.

The main entrance for visitors is through the Trinity Tower. The premises offer multiple tourist landmarks, including Tsar Cannon representing historical weaponry and Russian cast iron art. Another gem illustrative of these rich traditions is the 21-feet-seven-inch-thick Tsar Bell weighing 445,000 pounds, sitting at the edge of Ivanovskaya Square by the Ivan the Great Bell Tower.

Educational tours around the Moscow Kremlin are offered for adults and schoolchildren as well as on a solo basis. The sightseeing tour encompasses the museum's complex and its major landmarks. The guides narrate the history of the Kremlin walls, towers, palaces, museums, clocks, Tsar Cannon, and and the treasures of Tsarist Russia. You are advised to buy tickets on the museum's official website.