A scenic cable car across the Moskva River 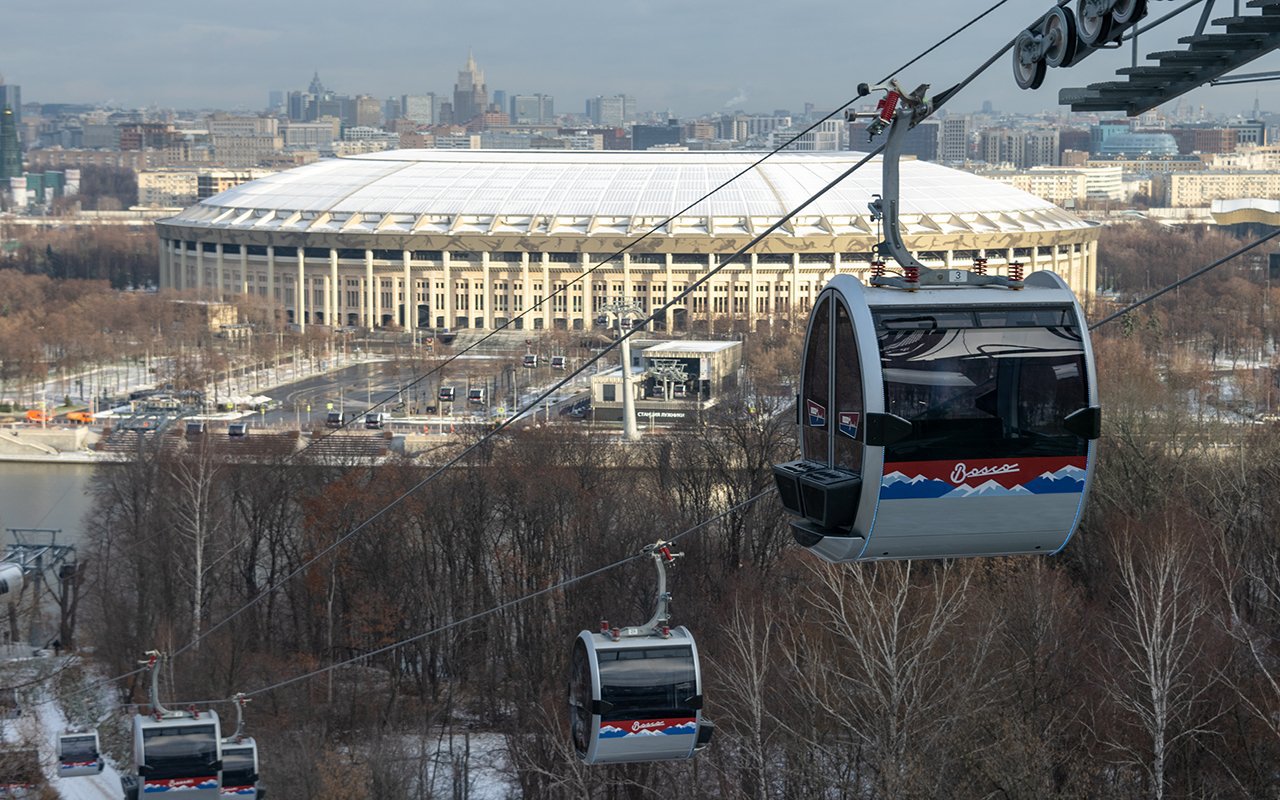 In 1953, the major center of gravity on Vorobyovy Hills was the big ski jump, where downhill skiing competitions were held. A 340-meter cable car system was built in the park to serve the ski jump, spanning the observation deck and the embankment. When the ski jump closed, the cable car fell into disrepair and was also closed in the mid-1990s.

In the run-up toward the 2018 FIFA World Cup Russia, for which Luzhniki was designated as the main arena, Moscow authorities thought it would be a good idea to resuscitate the cable car. The cable way was extended to Luzhnetskaya Embankment across the Moskva River, linking Moscow's number one observation deck with the sports complex. The rejuvenated cable car has a combined sightseeing and transportation functionality, offering awesome views of Moscow University's main building, the Moscow City towers, and the historic neighborhood of Khamovniki. The cable car makes an interim stop on Vorobyovskaya Embankment, relieving the locals of an arduously steep climb up the slope. The cable car operates all year, except that in the winter, like half a century ago, it serves as a ski lift for the newly reopened ski jump.