A super-sized aquarium with amusements and water shows 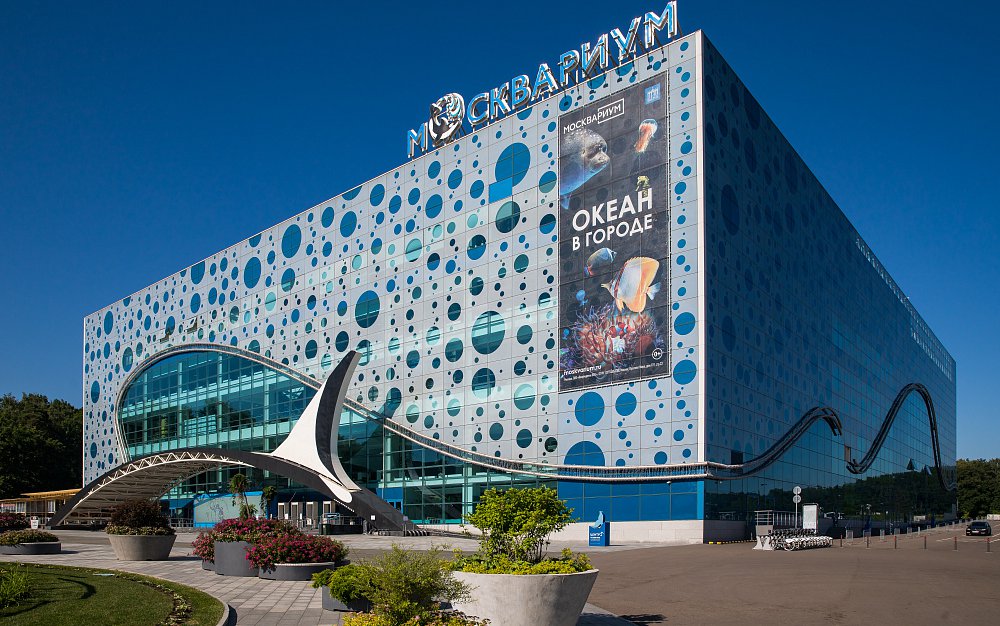 The biggest indoor aquarium in Europe, the Moskvarium is also a research center for oceanography and marine biology, occupying one of the few buildings constructed on the grounds of the All-Russia Exhibition of Economic Achievements (VDNH) in the past few decades. There are three areas inside the Moskvarium. The aquarium proper takes up most of the space, but there is an area for swimming with the dolphins, and a viewing hall for water shows. The aquarium consists of 80 parts, each reproducing its own underwater ecosystem from some part of the planet.

The thing about the exposition is it's all interactive: visitors can touch a starfish, feed some genera of fish, or walk down an undersea tunnel with sharks swimming above. The entertainment is complemented by quest games, tours around the aquarium, creative workshops and popular science events in the Lectorium. The viewing area frequently offers events featuring aquarium inhabitants such as dolphin and orca whale shows or musicals played by sea creatures.