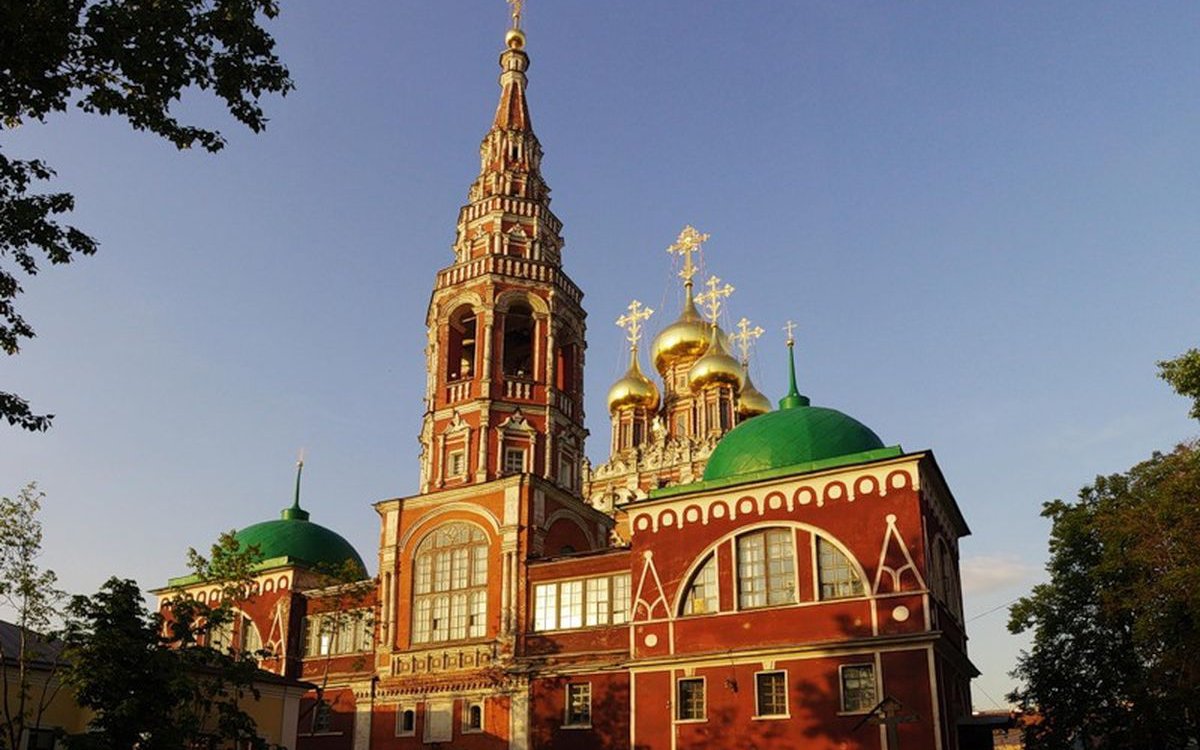 Kadashyovo is a former settlement on the lower bank of the Moskva River, which was first mentioned in chronicles as early as the 14th century. The village received its name from the "kadashi" — craftsmen making barrels and tubs — and the settlement gradually became a "sloboda", a village of free workers within the feudal system. The sloboda centered around the Church of the Resurrection in Kadashi, a magnificent building in the Moscow Baroque style adorned with open fretwork silhouette and an open gallery — a notable architectural achievement for the time. For a long time (until the end of the 17th century) the church served as the last link in Moscow's chain of bell towers. At the time, the bellringers of Moscow's churches rang their bells in a strictly defined sequence, in which the Church of the Resurrection followed immediately after the churches of the Kremlin. The sloboda achieved a prestigious status following the establishment of a weaving mill here in 1613, which produced cloth for personal orders of the tsar and members of his court. However, after St. Petersburg became Russia's capital, the rich slobodas of Zamoskvorechye fell into decline. Today, the only remaining reminders of life in the sloboda are its historic buildings.

The Church of the Resurrection today hosts the Kadashyovskaya Sloboda Museum, which consists of a historical exhibition, and a church and archaeological exhibition. The museum regularly organizes tours allowing visitors to learn about the daily lives of the nobility and the merchant class. There are also sightseeing tours to show visitors the church complex and ancient Zamoskvorechye, including a visit to the bell tower.