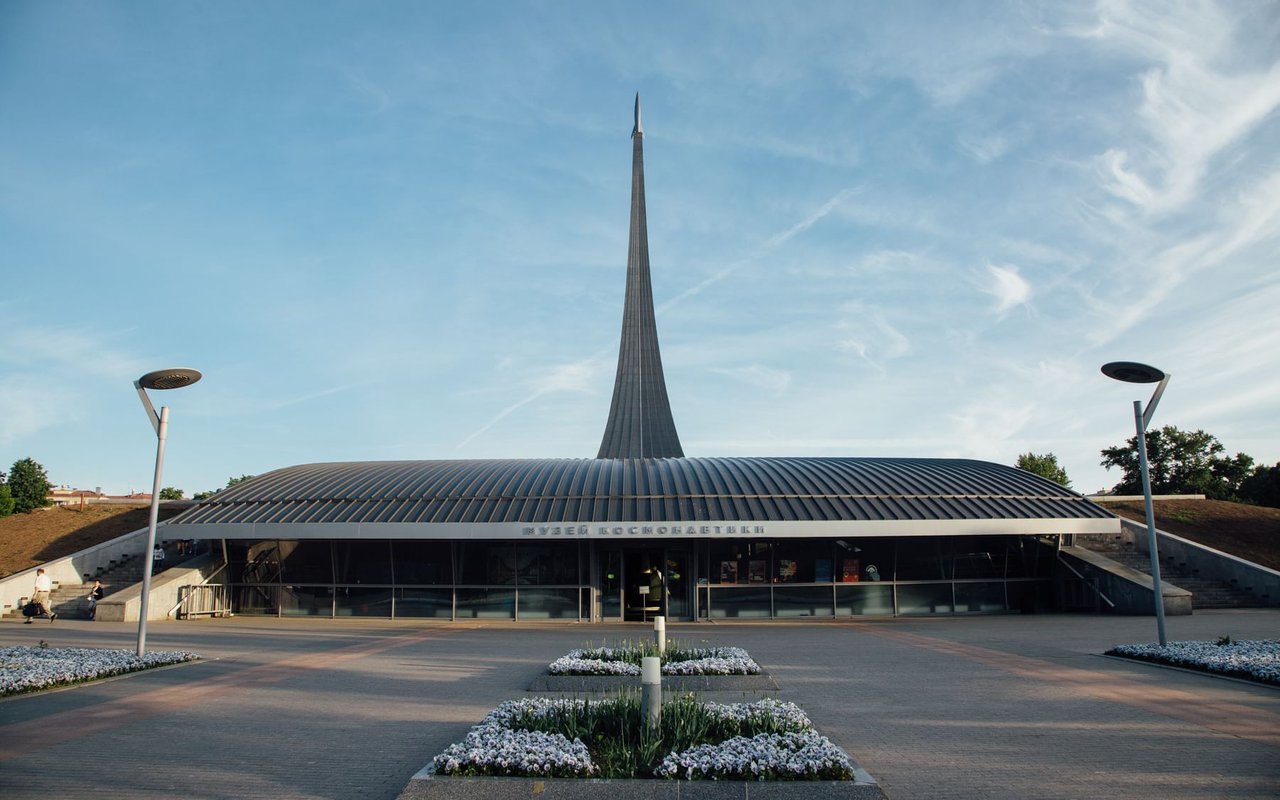 One of the world's largest science history museums is nestled right under the Monument to the Conquerors of Space at VDNH. The museum was established in 1981 to display the achievements of Russian cosmonautics ranging from the first spacesuits to the first artificial Earth satellite to the spaceships tasked with the exploration of the Moon and the Solar System.

Following the reconstruction, the floor area has almost quadrupled, so you better a book an entire day for your visit. Once you enter there, you feel like you have catapulted straight into space. The ticket office and the cloakroom emulate the Buran spaceplane. Right beside the entrance are the AR machines inviting you on a space journey, while the vending machines sell space food in squeeze tubes.

The exhibition opens with the hall titled "The Dawn of the Space Era." It accommodates satellite mock-ups, the first space station, the spacesuit of the first man in space, the dummies of Belka and Strelka, the Soviet space dogs, and the mobile sea station that was used to operate the satellites. The museum also houses the main hull of a spaceship. Moving on, you enter a movie theater offering screenings of space documentaries. Additionally, the exposition features rocket engineer Sergei Korolev's study, his personal items, drawings, and equipment. The center of the hall is occupied by a real-size rocket launched into space in 1933.

One of the museum halls is styled as a spaceship, a replica of the main hull of the Mir station that was dumped in the South Pacific Ocean. You can step inside, experience the cosmic vibes, and look out the window at a mock-up of the Earth.

Also worthing checking out is the museum's mission control center with two jumbo-sized screens. From it, you can track the orbit operations of the International Space Station crew in real time.