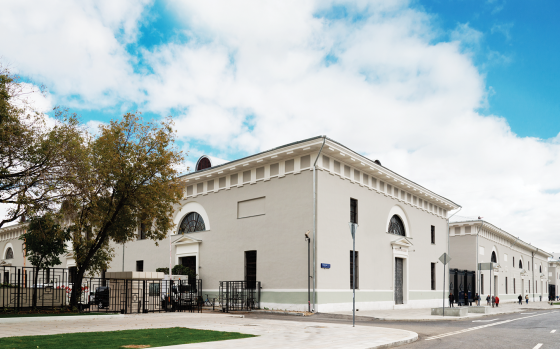 Founded in 1896, one of Moscow's oldest museums is housed by a unique architectural ensemble of the former Provision Warehouses on Zubovsky Boulevard.

Today, the historical building accommodates the museum's collections and hosts exhibitions, lectures, and kids' classes. The museum's quad serves as the venue for summertime festivals, concerts, and other festive occasions. Over the past years, the museum has evolved into a multifunctional complex dedicated to urban life. It also operates the Center of Documentary Films and the City's Tour Office.

Although the first documented mention of Moscow dates back to 1147, the museum's exposition covers an even earlier period, as archeological finds show that the present-day Moscow was home to several settlements as far back as the 7th century BCE.

To get a better feel of Moscow's history, take a look at the 16th- and 17th-century maps, paintings by Apollinary Vasnetsov depicting local vistas, and authentic archeological finds. Also, the Museum of Moscow is an umbrella organization for several Archeological Museums of Moscow, the Lefortovo History Museum, and the Vladimir Gilyarovsky Center.

The museum operates a number of kids' educational programs, including the Moscow's Young Tourist Guide, the "My Moscow" series of classes, the "Moskva" kids' movie studio, the "Moscow Tales" series of classes, contemporary dance classes from the "Tsekh" (literally: production facility) studio, and the "Heartfelt Readings" creative lab.