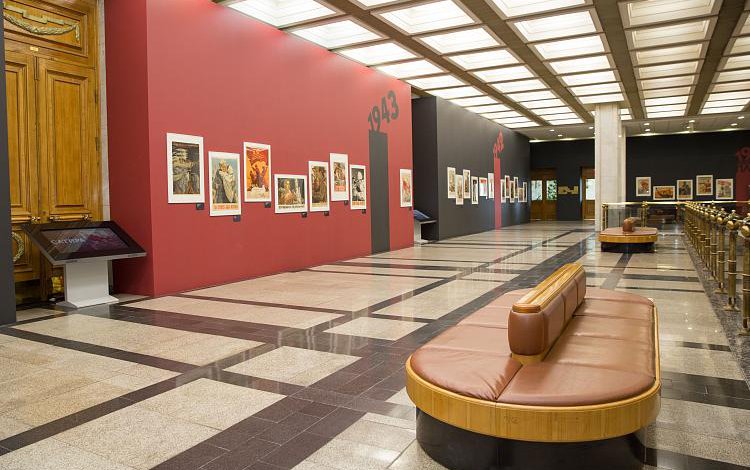 The memorial museum complex was established in 1995 on Poklonnaya Hill, Pobediteley (literally: winners) Square. While visiting, you can take a stroll around a park housing military-themed sculptures.

The museum's total floor area is over 110,000 sq. m. The main building is home to permanent expositions "The Army Feat" and "The People's Feat," the "Faces of Victory" photo bank, the "Hall of Historic Truth," and a set of six unique dioramas. The museum also runs themed exhibitions on landmark historic events. The open-air spaces display a collection of military-purpose equipment, one of Europe's largest. The entire collection the museum owns totals around 300,000 exhibits.

The Hall of Historic Truth is an exhibition space that presents multiple exhibits representing the main facts and recorded evidence of the era. The exposition covers the pre-war period and the early months of the Great Patriotic War.

The "Road to Victory" installation art is housed by the Hall of Fame. The daily screenings are available to all visitors. The large-scale projection narrates the key wartime events: the outbreak of the war, the Battle of Moscow, the Siege of Leningrad, the Battle of Stalingrad, the Battle in Berlin, and Victory Parade.