A throwback to the early 20th century 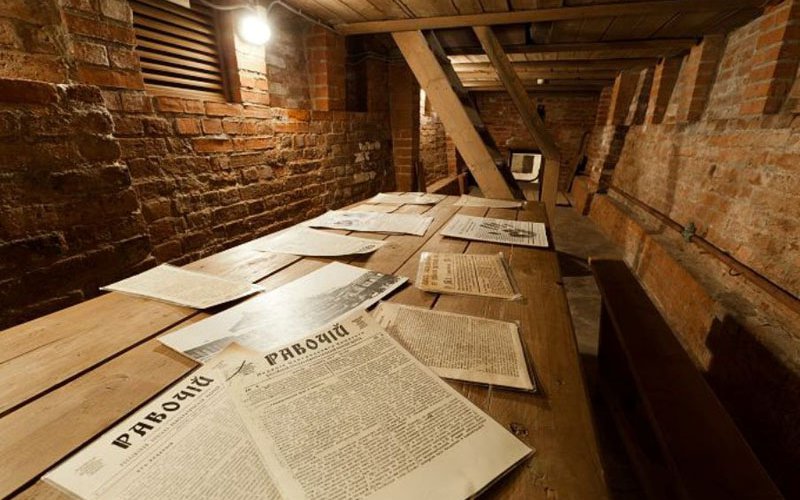 The museum occupies a late 19th-century three-story revenue house owned by merchant Kuzma Kolupaev. At the time of the first Russian revolution, the lowest floor accommodated a disguised printing house. The company was established in 1905 to publish illegal social-democratic leaflets and newsletters.

The front the clandestine printing house used was that of a small store with a sign reading: "Kalandadze Caucasian Fruit Wholesaler." The basement of the building, right under the storage space, had a tiny man-made cave that housed a jobbing press.

The museum has been operating since the 1920s, initiated by the former employees of the publishers who were legalized by the Soviet regime. Today, visitors can see the trading floor as well as check out the basement and living rooms of the owners and explore the household items of the time: a stove, dishware, furniture, and the owner's family photos. Sets of shelves, tablecloths, antique sofas, and pots—all these serve to recreate the feel of the early 20th century.

The museum runs two tours: the one titled "The 1905–1906 Clandestine Printing House" explores the creation and activities of the illegal publishers and the other one, "A Store with a Twist," is an engaging theatrical journey to the early 20th century.