The writer's Moscow home with a late 19th-century feel 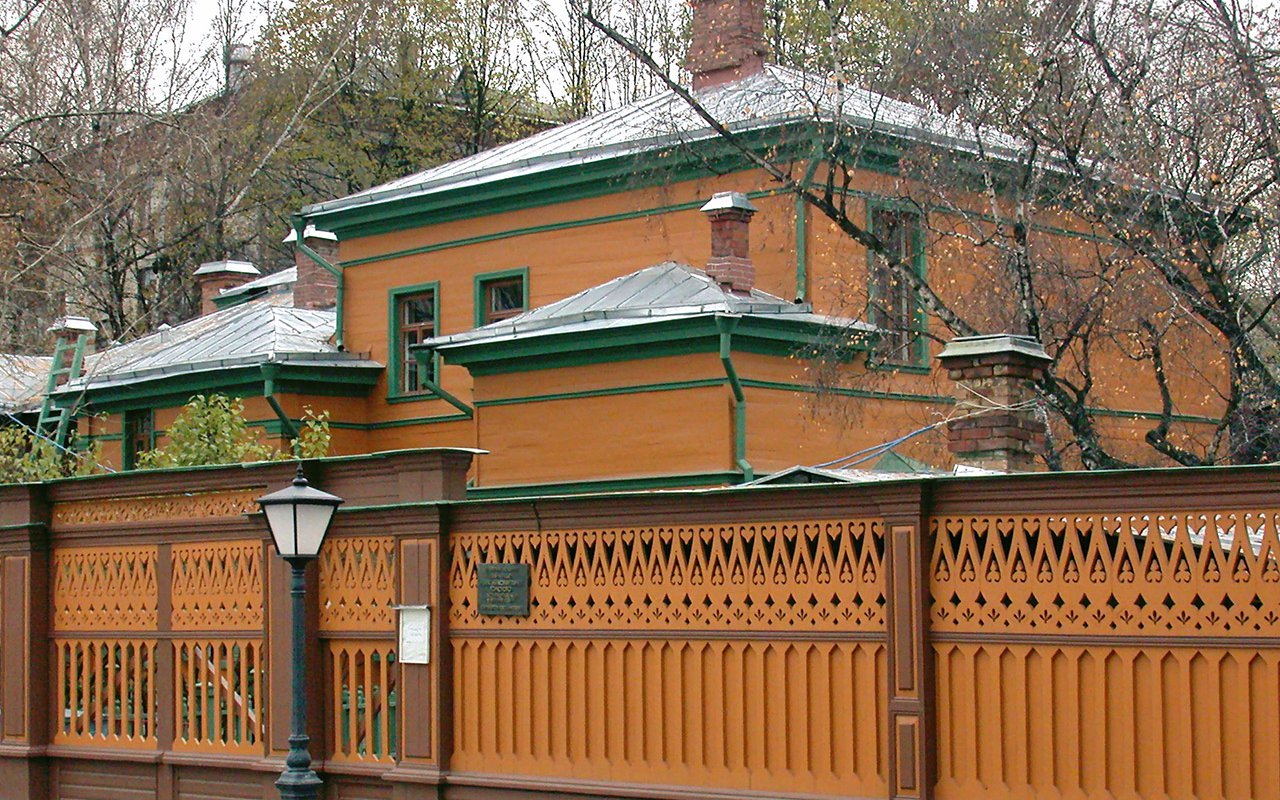 Khamovniki is the Moscow estate Leo Tolstoy purchased in 1882. Up until 1901, he swtched between his Tula Region Yasnaya Polyana residence and Khamovniki, spending the winter seasons in the latter. Built in 1805, the old estate had stood the test of time. Following the purchase, the novelist added a second floor, three extra rooms, and a stairway. The wooden house with a carved fence has survived till now, almost unaltered. In his Khamovniki home, Tolstoy penned almost a hundred works, including the novel "Resurrection," novellas "The Death of Ivan Ilyich," The Kreutzer Sonata," and "Father Sergius." In the waning years of the 19th century, this district of Moscow ceased to be an estate hub, and the Tolstoys relocated to Yasnaya Polyana for permanent residence.

The estate-museum preserves the furniture and items owned by the writer and his family. The interiors reproduce the exact atmosphere of Tolstoy's epoch. Visitors get whisked back to the 19th-century Moscow. The hallway has a tiled stove and ash coffers the family members used for footwear storage. One of the rooms features Tolstoy's bicycle he used to ride aged 67 and his kettlebells he lifted as part of his daily workouts. the mansion also includes the writer's study, master bedrooms, children's bedrooms, a dining room with a served table, as if waiting for the family to eat their lunch.

Group tours, including in different languages, should be booked in advance. Otherwise, groups are formed over time. A visit to the museum would be a nice way to brush up on your school literature course. You can also take a stroll around the district of Khamovniki.