"An exhibition about the exhibition" in the main entrance 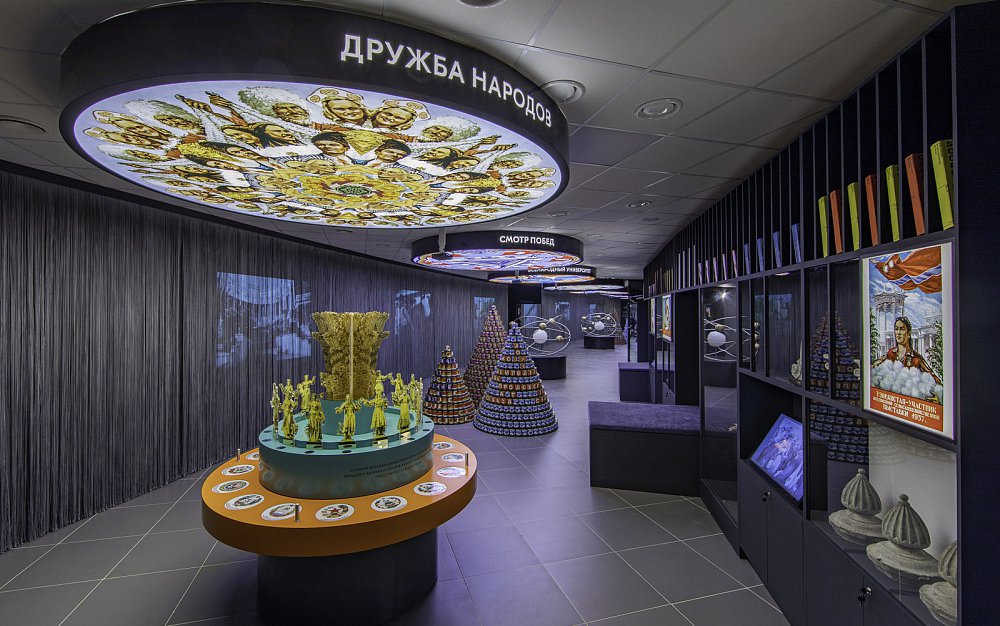 The exhibition, which provides a detailed look at the history of VDNH ("The Exhibition of Achievements of National Economy") from the Stalin era to the present, opened in the right wing of the main entrance arch to mark the 80th anniversary of VDNH. At the heart of the museum is a vast collection of archive photographs, drawings, and documents, most of which date back to the thirties of the last century and illustrate the design stage of VDNH's history. The digitized archive forms the centerpiece of the museum. The media library plays a central role in the exhibition, with its multi-screen and interactive panels on which archival documents can be viewed in detail.

There are five thematic zones in the museum, and you can start from any point in the exposition. The hall Friendship of Peoples tells about the contribution of the former Soviet republics to the development of VDNH, and about the distinguished guests of the exhibition. In the section Review of Victories, visitors learn how the exhibition was transformed during the postwar years and what exhibits occupied central positions in the pavilions during the 1950s. The section National University is devoted to the scientific and technological history of VDNH. The multimedia zone City of Wonders is dedicated to the architecture of the exhibition and the key buildings and sculptures of the complex. In the section One Day at the Exhibition you can take a virtual walk to take in the park's main sightseeing spots.