Chambers of the Romanov Boyars 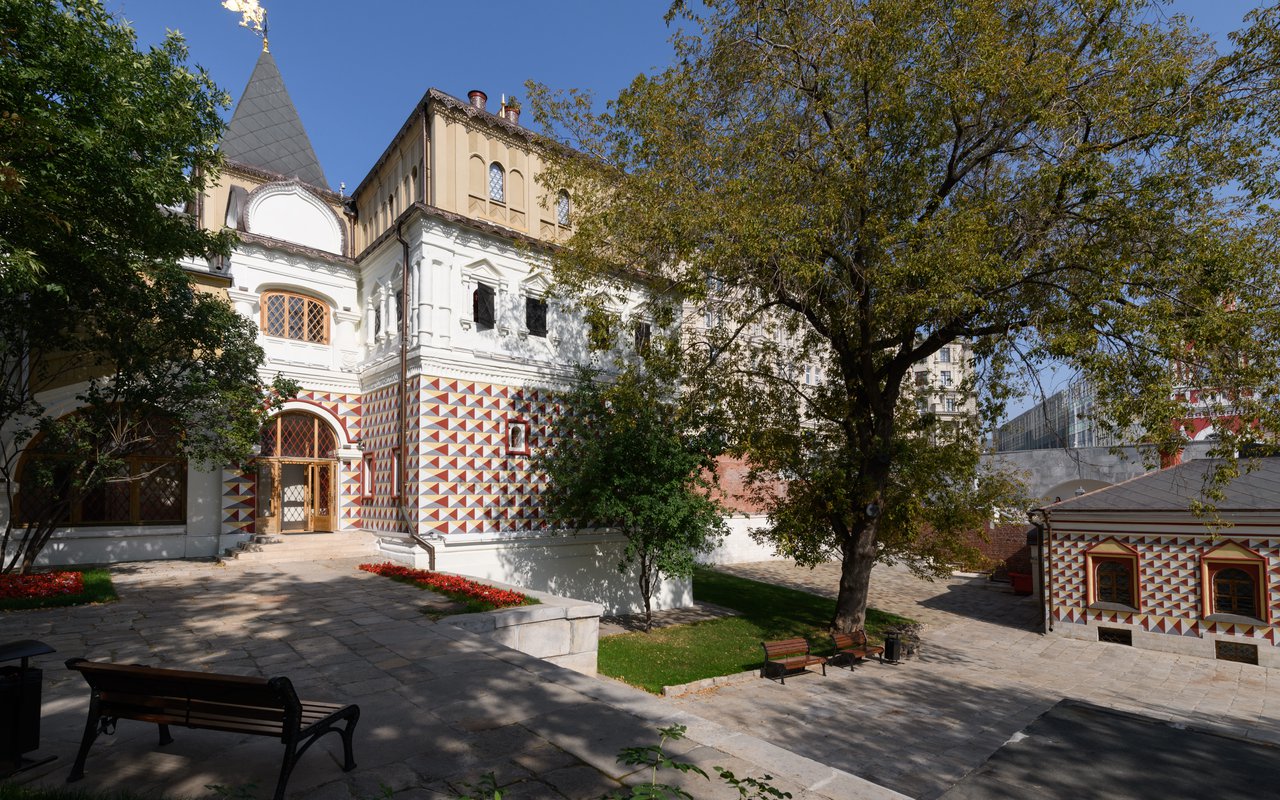 The Chambers of the Romanov Boyars are the only Russian museum that has preserved the everyday life and habits of the Moscow boyars from the era preceding Peter the Great's reign, featuring authentic products of decorative arts: tiled stoves, silverware, old books, furniture, and decor.

The museum occupies the only surviving building of the Romanovs' manor where the family members had lived even before the dynasty ascended the Russian throne. The exact date of its construction is unclear. Historians suggest that it dates back to the late 15th century, citing the earliest mentions. The museum was founded in the 19th century.

The exposition is small but unique. Visitors step into the 17th-century interiors strewn with authentic household items. The boyar canteen is the largest room overlooking Varvarka Street. Here, the family gathered for lunch, threw lavish parties, and received guests. The walls are covered in brocade recreated based on the surviving samples.

A variety of tours helps experience the appeal of the bygone era. Among others, the museum hosts immersive theatrical tours starring actors clad in historical costumes and musicians playing old instruments, while audience members are engaged in the show as opposed as being mere onlookers.

As the Chambers are perched next to Zaryadye Park, you can easily schedule visiting both on the same day.