Patriarchal Chambers and the Church of the Twelve Apostles

A gem of Russian architecture with a 17th-century vibe 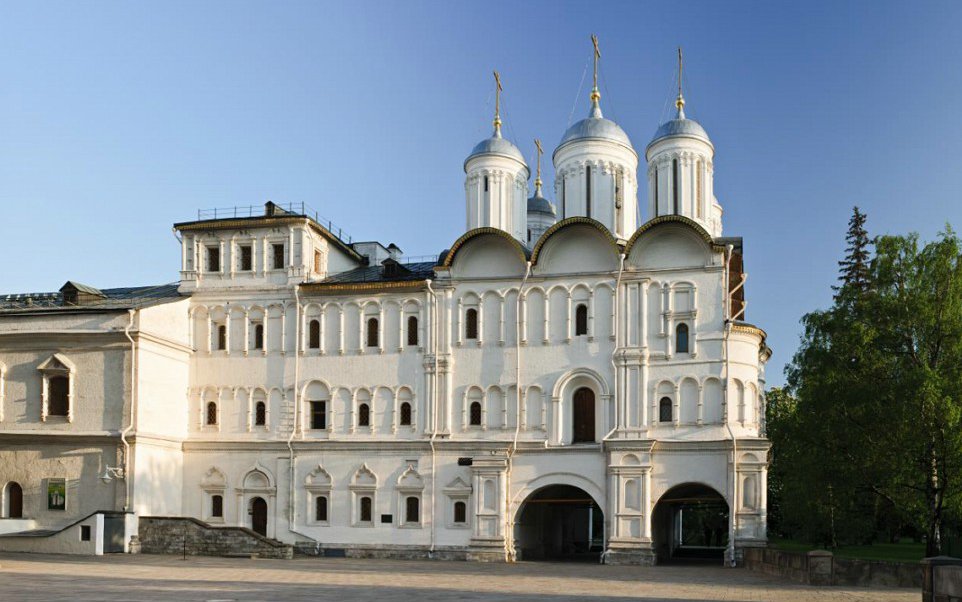 The Patriarchal Chambers were commissioned by Patriarch Nikon and built by Russian masters Antip Konstantinov and Bazhen Ogurtsov in 1635–1656. It is considered to be a masterpiece of Moscow's civilian architecture of the mid-17th century/ The Chambers housed the Patriarch's residence, hosted festive royal events, and later, following the abolition of patriarchy, was home to the Moscow Synodal Office. The Chamber's centerpiece is the Krestovaya (literally: of the cross), or Mirovarennaya, Chamber. This place saw the conventions of the Holy Council and posh parties thrown to honor the tsar or foreign guests.

Currently, the second floor of the Patriarchal Chambers houses the museum's exposition dedicated to the 17th-century Russian culture. It encapsulates the shift in the worldview, traditions, and daily routines of the Russian society ahead of the sweeping reforms initiated by Peter the Great. The exhibition features kitchenware, jewelry pieces, antique furniture, and examples of needlework and embroidery. The Church of the Twelve Apostles is, above all, famous for its carved gold-plated iconostasis dating back to the turn of the 18th century. In 1929, it was relocated here from the demolished Ascension Convent in the Moscow Kremlin.

The Chambers are part of the Moscow Kremlin State Historical and Cultural Museum and Heritage Site and can be accessed with an all-in-one ticket.