A Transport Museum exhibition space in a historic building 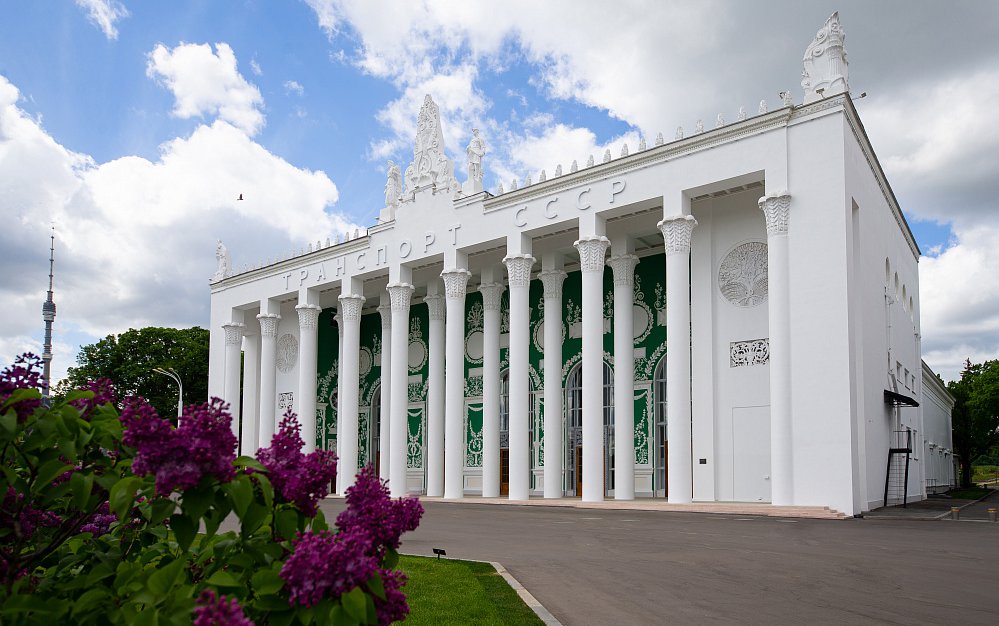 Pavilion No. 26 is one of the few VDNH buildings to have preserved their original architectural look. The pavilion has seen several name changes. Initially housing the Grain exhibition, it was then re-purposed for the textile industry, and served as a showcase of the chemical industry until the mid-1960s. The pavilion was assigned its final theme, Soviet Transport, in 1967.

Following the VDNH reconstruction, the pavilion housed an affiliate of the Polytechnic Museum for a while before being handed over to the Moscow Transport Museum, which currently uses the pavilion for its temporary exhibitions. The new branch of the museum has over 300 transport themed and other exhibits on show from the Moscow Transport Museum. The pavilion changes its exhibit theme a few times a year. The first one this year is about the history of the car make Moskvich, and the next one will offer a sneak peak at the future of urban public transit.