An interactive facility with an ice-cream factory and museum 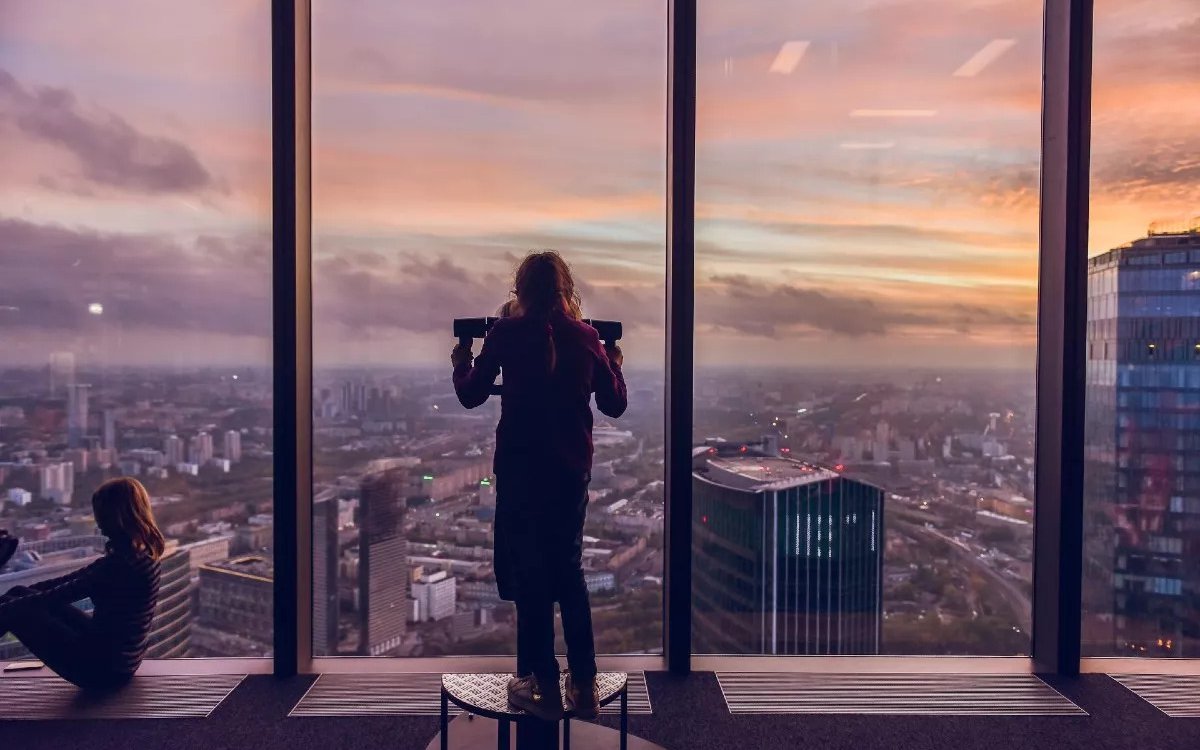 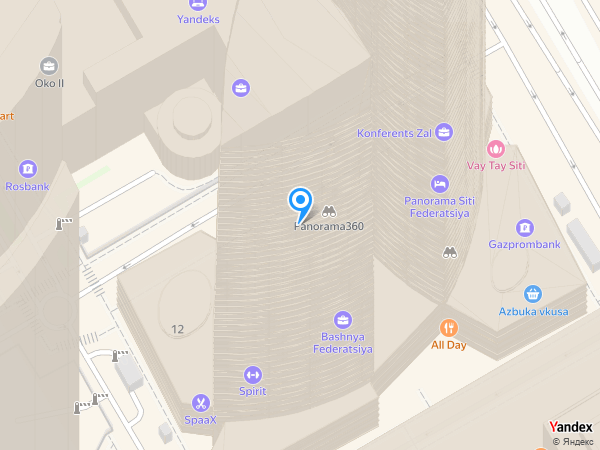 Panorama360 is the highest observation deck in Europe located on the 89th floor of Federation Tower in the Moscow City business district. The space is a panoramic concourse with six-meter windows, housing a chocolate factory, ice-cream museum, cuisine d'auteur restaurant, and gift shop. The observation deck is reached by high-speed elevator, which only takes 47 seconds to rise to a height of 327 meters.

Panorama360 offers some really extraordinary views of Moscow. The Russian capital can be viewed from a height of 327 meters in a virtual tour guide mode with a VR app, which will highlight the major landmarks in real time and narrate interesting historical facts about them. Visitors can use the same app to construct 3D models of Moscow City towers or watch an immersion effect projection show about how modern Moscow was built. There are stationary binoculars around the deck perimeter.