A three-level garden square in place of parking 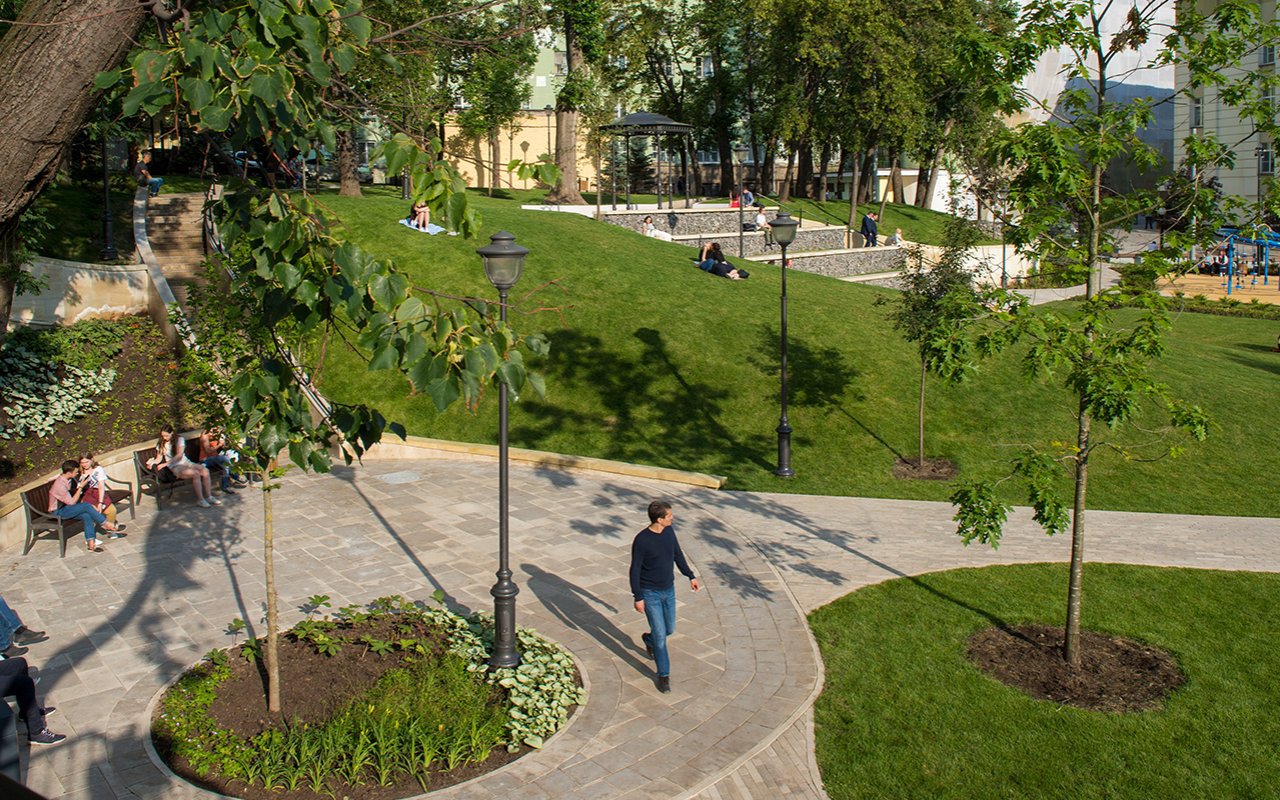 The spacious territory next to Bolshoy Spasoglinishchevsky Lane had been vacant for many years. On the site of an old polyclinic, demolished in the nineties, a spontaneous parking lot appeared. There were plans to build a hotel or museum, but locals wanted a garden square instead, so several years ago, a unique three-level garden square appeared in the heart of Kitay-gorod district.

The main feature is its striking landforms. Due to elevation changes, more than 10 staircases of various configurations and lengths were built here. The garden square has several entrances – the main one from Big Spasoglinishchevsky Lane, and others from the adjacent streets. There are several playgrounds and sports grounds (in particular, a New York-style basketball court at the entrance), a girandole, a rotunda, and a rose garden, as well as a panoramic amphitheater.

Soon the new space attracted people from the city – parents come with their children, and tourist groups visit during the day. You can always find a place to rest in a calming environment. This is especially important for the very center of Moscow. The park is closes in the late afternoon.