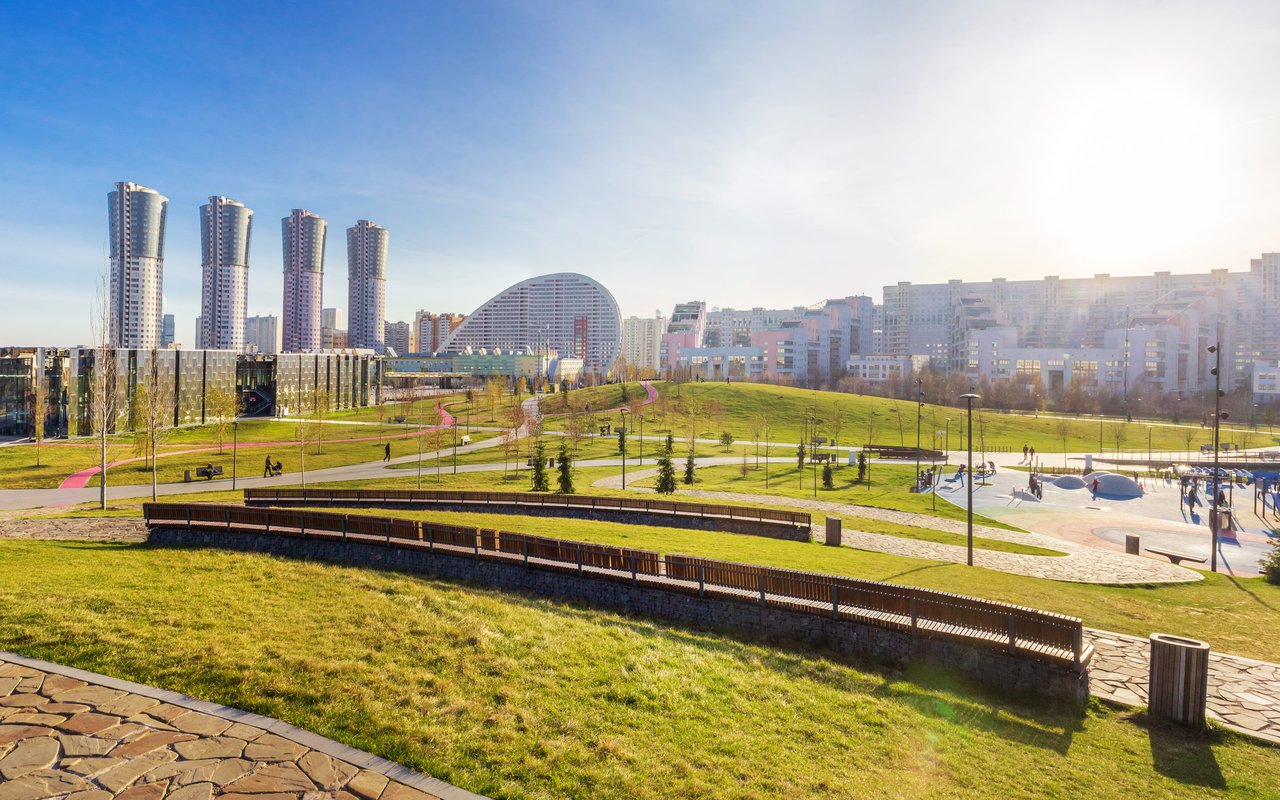 The records of Khodynskoye field date all the way back to 1389: the Moscow prince Dmitry Donskoy mentioned it in his will as "a meadow near the Khodynka river". For a long time, the territory remained without an owner, but it was nevertheless the site of many important historical events: here the troops of Vasily Shuisky fought off a militia raised by False Dmitry II, and Catherine II signed a peace agreement with the Ottoman Empire on this very meadow. In the 19th century, the field was built over with out-of-town residences and restaurants; in 1910, a runway was constructed here, turning Khodynka into an airfield from which the first international flights would launch some years later.

When the airport was closed, the airfield was repurposed as an aircraft graveyard. Plans to create the Aviation Museum never came to fruition, and in 2018 the territory was redeveloped into a landscape park. The park was designed by the Kleinewelt Architekten bureau. In memory of its past ties with aviation, the park design is styled as an airport: the "runway" became the main promenade, and the territory was divided into three "terminals": a recreational area, a promenade, and outdoor activities section. Signage installed in the park resembles airport navigation as well, and its unusual design has made it a popular place for photo shoots.

There are a lot of artificial hills in the park — in the summer their slopes are outfitted with sun loungers, and in winter the slides are flooded with water for great ice sliding fun for all. The central part is decorated with a picturesque pond with wood-laid paths and a cycling route. Nearby there is a large skating area. The many sports grounds are well-equipped, including treadmills and workout equipment of varying difficulty levels. There is also a basketball court and a volleyball field.

Khodynskoye Pole is easily reached by transport. The whole space is adjacent to several important city locations at once. One of the park's "terminals" has an exit located at the entrance to the CSKA metro station. Next to the metro station stands the new CSKA football club stadium and Moscow's largest shopping center — Aviapark.