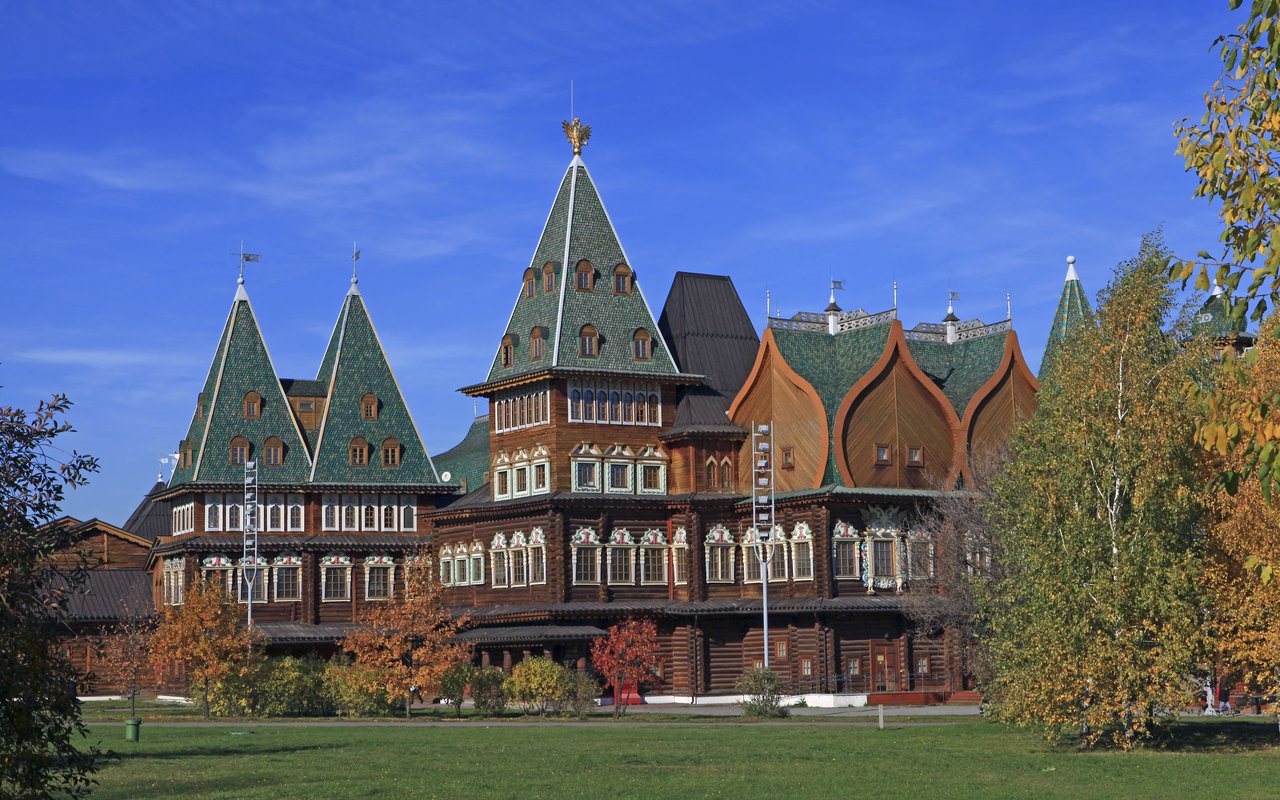 The first written records of Kolomenskoye date back to the middle of the 14th century. In 1532, it was the site of the Church of the Ascension, at the time Russia's tallest church. Some time later, the vast lands on the banks of the Moskva River became the royal residence. Here lush gardens were laid out around the newly erected palace and standalone chambers. In parallel with the construction of the residence in Kolomenskoye, a church ensemble was formed, and after a couple centuries the area had become a destination of religious pilgrimage. By the 1920s, a museum-reserve was formed on the territory of Kolomenskoye.

The estate's main attraction today is the wooden palace of Tsar Alexei Mikhailovich: the building was recreated using archival drawings. There are more than twenty halls inside. Kolomenskoye is famous for its collection of wooden architecture: most park buildings were reconstructed from timber based on the original sketches and in exact proportions.

Regularly scheduled tours of the estate-museum are available, but people often come here to walk along the picturesque embankment and look at the apple trees blooming in one of the three royal gardens — Kazansky, Dyakovsky, and Voznesensky. In summer, Kolomenskoye turns into a city festival center — the Afisha Picnic, Circle of Light and other significant city events take place here.