An exemplary district park with a waterside recreation area 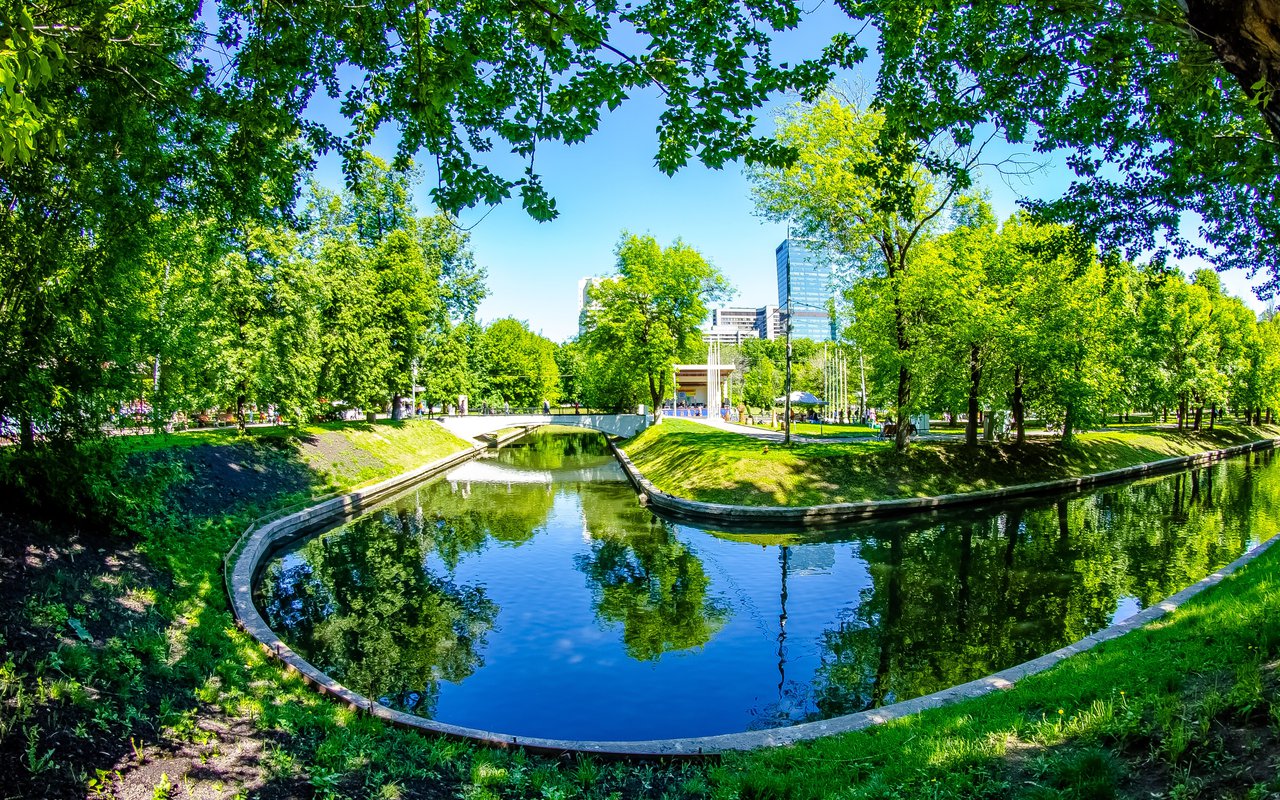 Three interconnecting ponds in the northern part of downtown Moscow appeared in the 18th century — at that time, they were part of the estate of the Gagarin princes. For many years, the ponds were considered the historical continuation of the neighboring Krasnaya Presnya park, so they were only included in the park development program in the post-war years after the Krasnogvardeisky Boulevard was constructed. At the time, the small park zone was boxed in by buildings from different eras — Stalin's Empire-style buildings, five-story contemporary buildings, and the residential complex buildings — and all the while locals considered this zone part of their yard.

The 2017 reconstruction completely transformed the park: the alleys near the ponds were improved and expanded, modern water-facing benches were installed, and the empty areas were densely planted with trees. The unusually elongated shape of the park allows for an array of possible applications for this space: a courtyard, a strolling area, or a recreational zone.

The ponds themselves have also changed: a boat station and an amphitheater appeared near the Nizhniy Pond; the Sredniy Pond was surrounded by gazebos protruding above the water; a multi-tiered flooring with flowering plants was arranged on the bank of the Verkhniy Pond. The park now has several cafes, a playground with a suspended house and rope structures, a football field, a tennis court, and a chess pavilion.