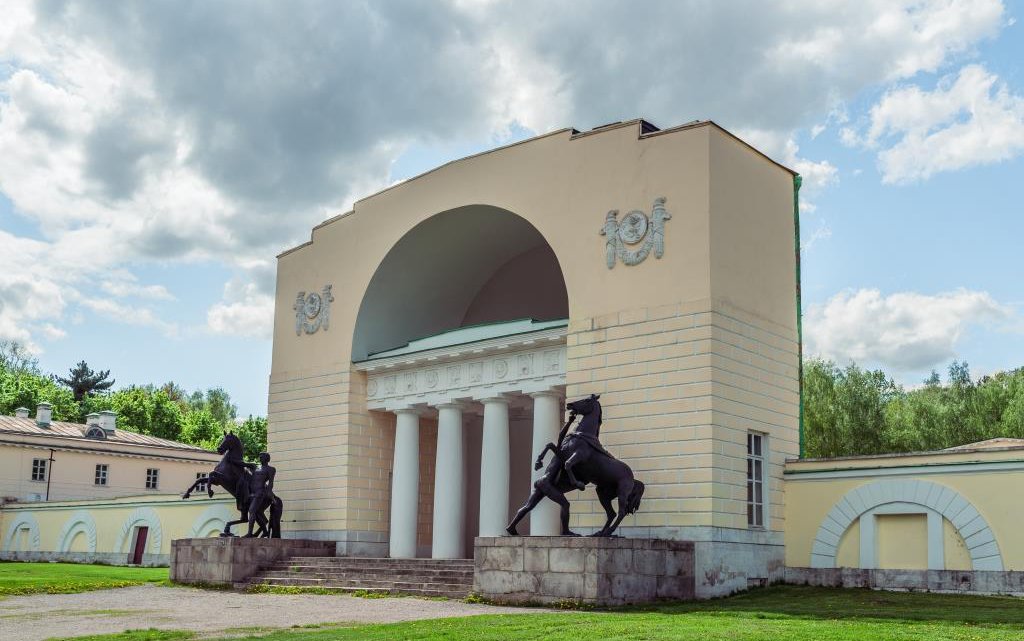 The history of the Kuzminki estate begins in the 18th century — it belonged to the noble Stroganov family and the Golitsyn princes. Under the Golitsyns, an architectural ensemble emerged in Kuzminki. Famous Russian masters took part in its creation. A cascade of four large ponds also appeared in the park at that time. Later on, the area became a popular recreational strolling destination, but the estate has endured considerable hardships in the XX century — it housed a veterinary institute, and most of the historical buildings were destroyed.

Under Soviet government, a park appeared next to the half-abandoned estate. That park later became the central part of the Kuzminky Forest Park. Despite the sorry state of the estate, some of the manor buildings survived: the restored horse yard, mill wing, and 19th century church are now open for visitors. Visitors also have a chance to feed the animals in the squirrel pen.

There are several museums in the park complex: a literature museum, a museum of carriages and cars, the Golitsyn estate, and general Russian estate museum. More active entertainment options are also available in Kuzminki: these include a climbing wall, a rope park, an open area for skateboarding, and many workout areas throughout the park's forests.