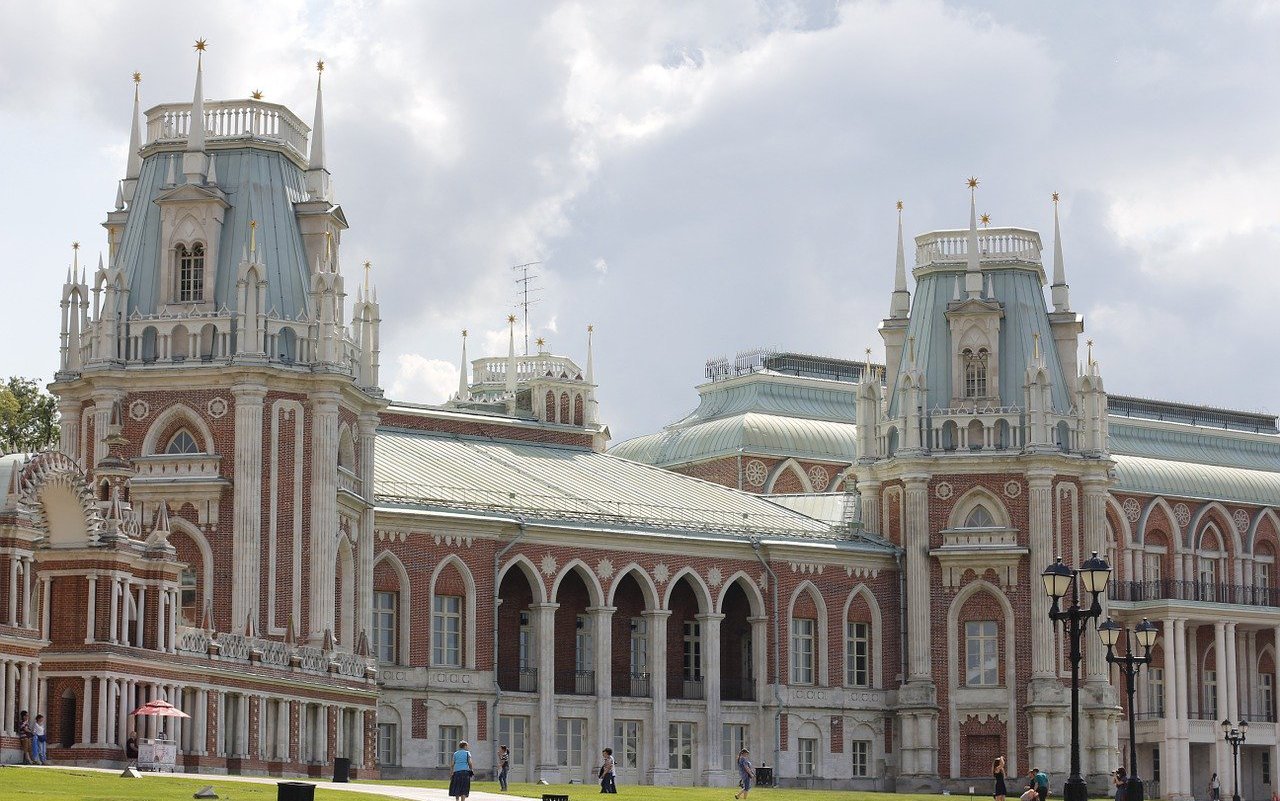 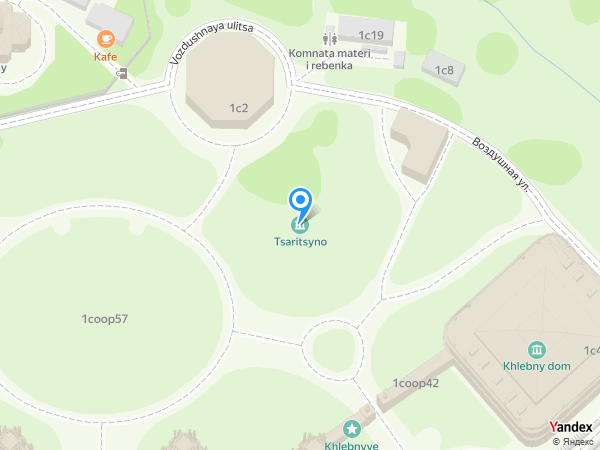 The history of Tsaritsyno begins in the late 18th century: passing by the estate with the unassuming name Chernaya Gryaz (\"Black Mud\"), Empress Catherine II was fascinated by the natural beauty of the locale and ordered a country residence be constructed here. The ensemble of the park with three red brick palace buildings was designed by the famous architect Vasily Bazhenov, but he could not complete his work — the architect's student, Matvey Kazakov, ended up finishing the construction of the Tsaritsyno village. After the death of Catherine II, construction of the park was suspended; a century later, the residence became a popular place for country among Moscow nobility.

The reconstruction of the Tsaritsyno ensemble took twenty years, during which the park's Great and Medium Palaces, Cavalry buildings, and figured bridges were restored. The buildings in the park are situated in such a way that from almost any point of view they create a single image — for that reason, Tsaritsyno is often called the theater of architecture. In the center of the park stands the Big Bridge — the largest of the surviving 18th century bridges and a specimen of the pseudo-Gothic style. Historical buildings are complemented by entrance arches and numerous park fountains.

Tours of the park are available in Tsaritsyno, but people don't just come here for the architecture. Numerous alleys are perfect for a lengthy tranquil walk. In the western part of the park there are well-equipped sports grounds. In the eastern part there is a large green area. Newlyweds come to Tsaritsyno to celebrate their wedding and take memorable pictures on one of the Gothic bridges. The park's primary modern attraction is the light and music fountain that welcomes guests located right behind the main entrance. There is also the Usadba restaurant serving its guests mostly with Russian cuisine. 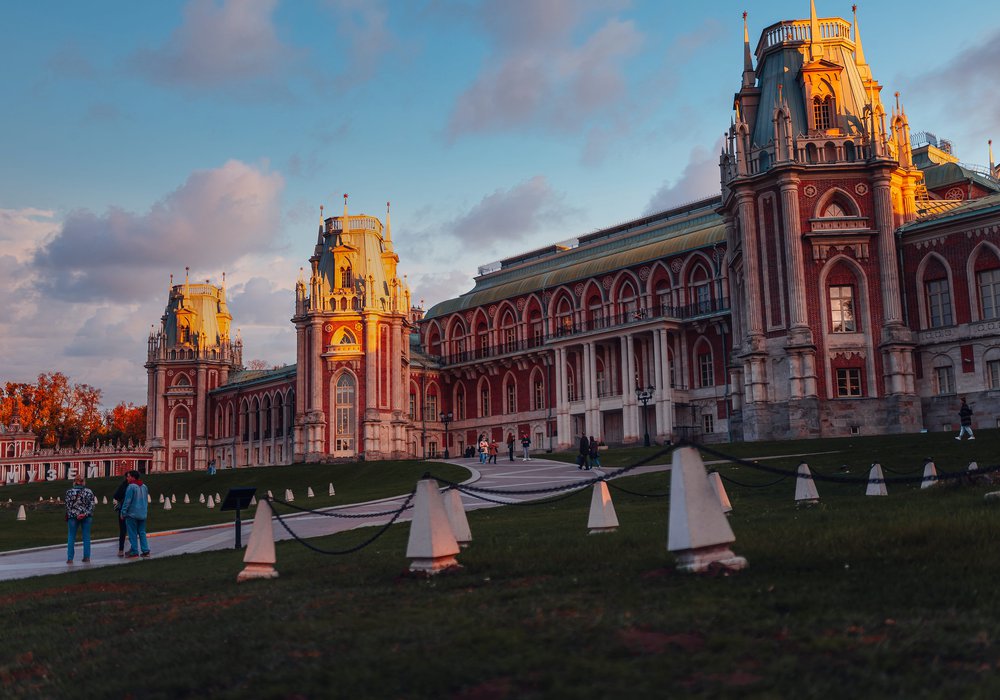 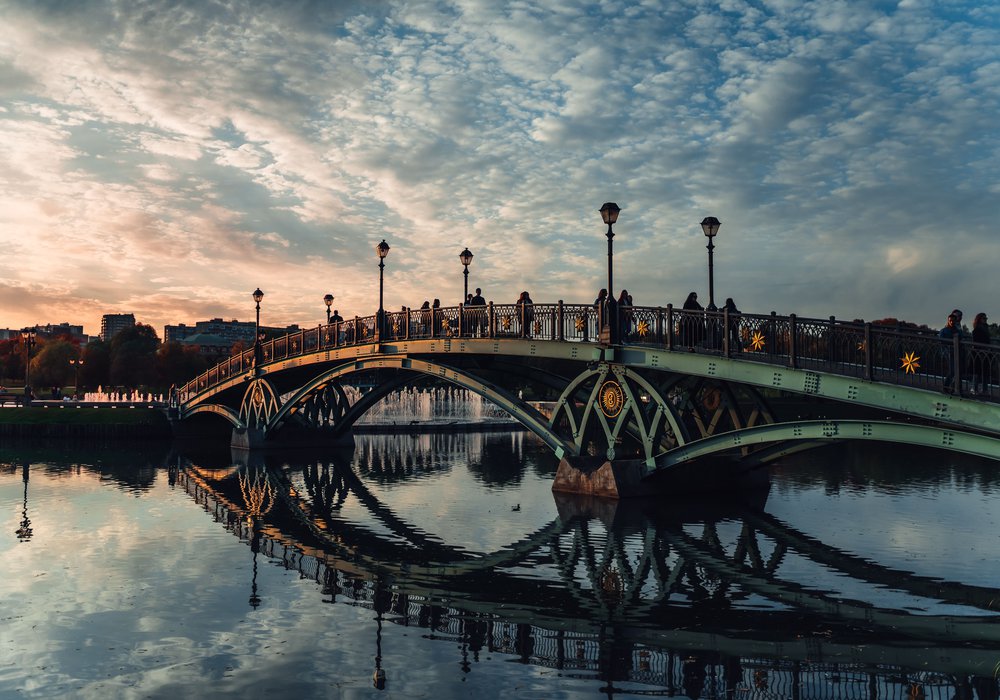 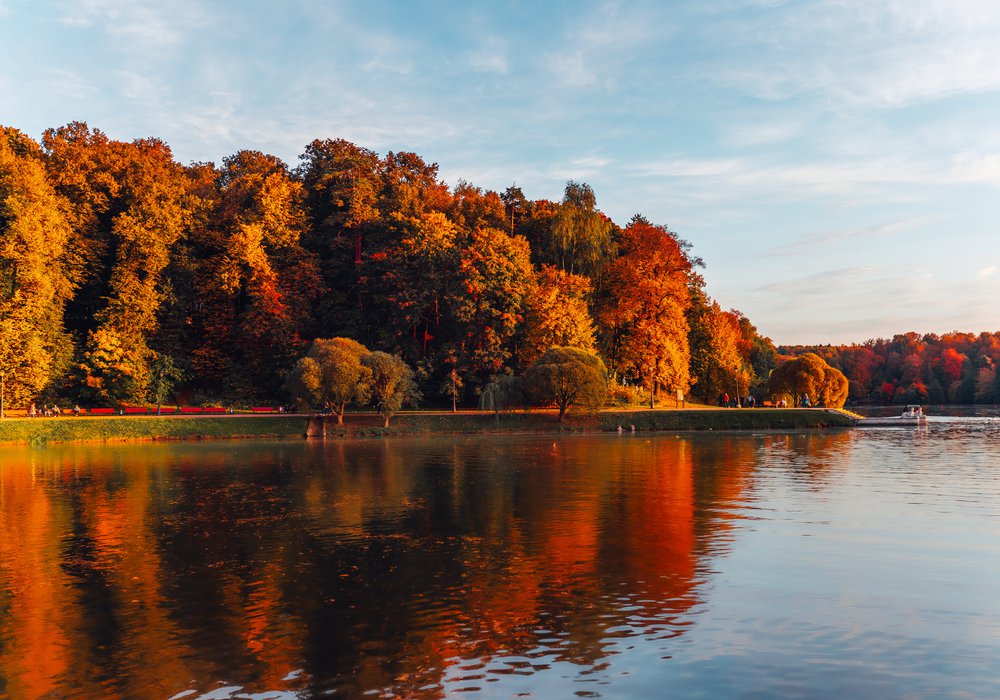