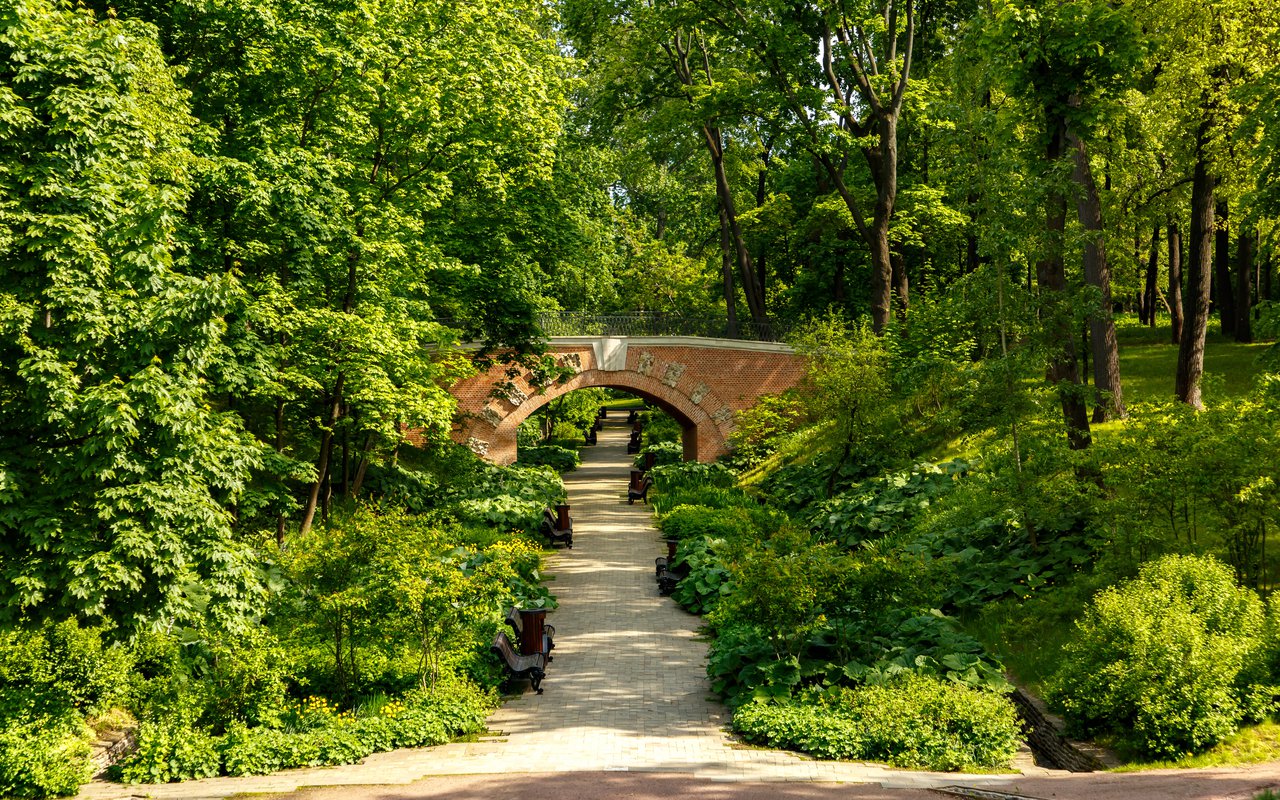 Neskuchny Garden is a historical section of Gorky Park. The estate in the center of Moscow was founded in 1728 by Prince Nikita Trubetskoy. The newly founded estate earned its name due to frequent balls and receptions that made it made it quite popular with Moscow's nobility. The nobility eagerly bought dachas (country estates) on the empty right hand bank of the Moscow River. By the middle of the 18th century, there were more than a dozen estates in Neskuchny, including the estates of Trubetskoy and Orlov princes.

Many artifacts are well preserved — the 19th century rotunda, graceful bridges, and small houses near the ponds are open for visitors. One of the pondside houses, the Hunting House, is the filming site of the popular TV gameshow "What? Where? When?". The quiet alleys of Neskuchny contrast with the lively central area of Gorky Park, and it's nice to take a leisurely stroll here and enjoy its tranquility. The park, however, has much more to offer than simply strolling: tennis courts and football fields can be found among the trees here, and there is a seasonal ping-pong section near to the embankment. There is also a rope park on the hilly terrain. During inclement weather, you can hide out in the former arena, which now houses the Mineralogical Museum. Thematic tours of the park are available, offering a choice of several historical eras, each of which is an opportunity to learn about the garden's features and the inhabitants of that time.