A popular manor of the golden age of Russian literature 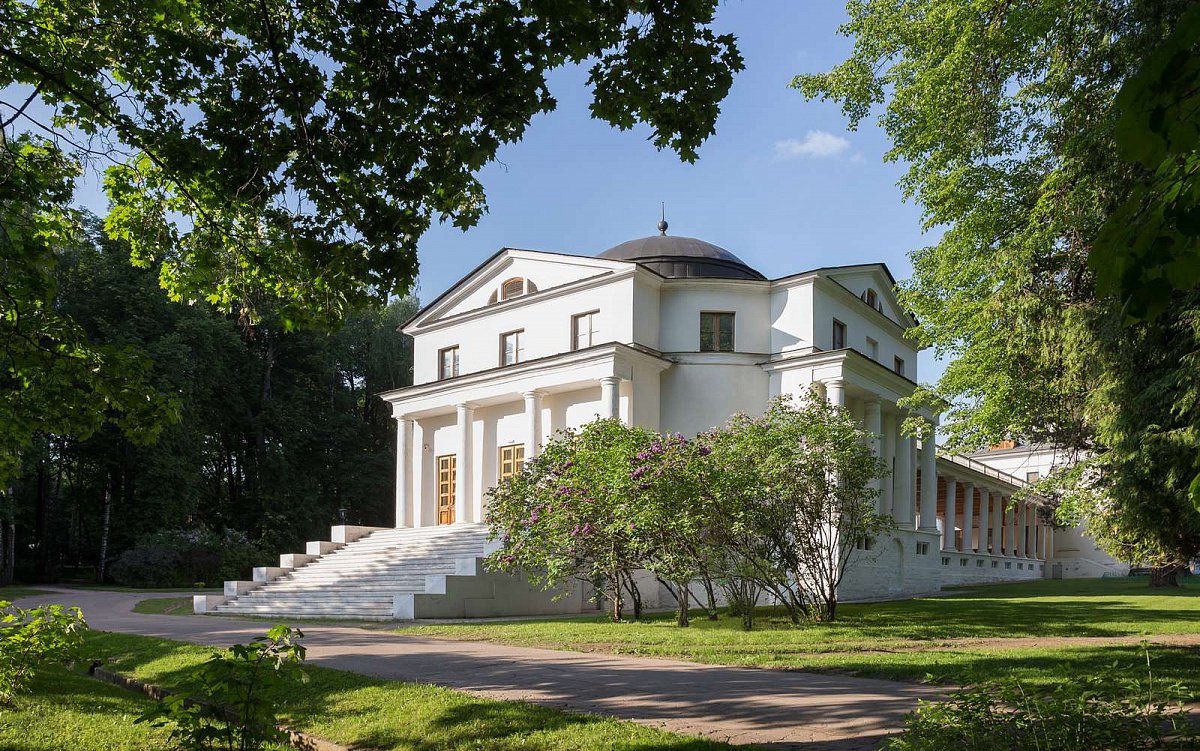 The princely manor of the Vyazemskies and the Sheremetyevs was erected in the late 18th century, and construction continued gradually: over the next century and a half, the classical manor house, the lime and pine alleys, and the churches appeared. In the 19th century, Ostafievo was a popular place among the literary beau monde: the manor hosted meetings of the Arzamas writers’ circle, which included Denis Davydov and Konstantin Batyushkov as members, as well as the premiere of The Woes of Wit by Alexander Griboyedov. Aleksandr Pushkin, whiling away summer months in the manor, named Ostafievo “the Russian Parnassus.”

Today, literary events are also frequently organized in the manor: poetry readings, commemorative evenings, theatrical performances, and classical music concerts. Part of the building is occupied by the permanent Life and Works exhibition devoted to Nikolay Karamzin: the famous historian and writer lived in Ostafievo in 1844. The alley leading to the house features bronze memorials to the most famous guests of the manor. They were installed at the beginning of the previous century. People also visit Ostafievo for walks: there are conifer and birch groves, an array of meadows, and a large pond with an elegant bridge.

The manor can be reached by Line 2 of the Moscow Central Diameters or by bus from Butovo. There is a fee for admission to the park complex and museum, but a flexible discount system applies.