Neighborhood park with sculptures and a co-working space 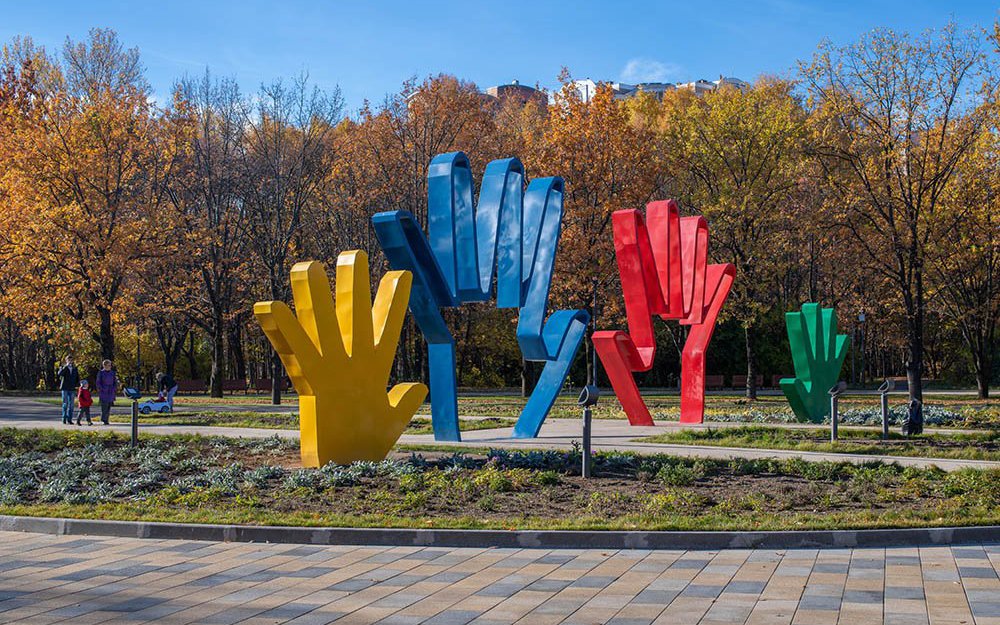 The 50th Anniversary of October Park is one of the largest green areas within the city limits – despite being surrounded by residential neighborhoods, it covers a large area in the southwest of the capital. The park was built in 1967 (celebrating 50 years since the 1917 October Revolution) on the banks of the Ramenka River, and was laid out on both sides of a historic highway, which was later turned into a lively avenue through the park. In the same year, a memorial to the Moscow Region's Great Patriotic War partisans was installed, becoming the first of many memorial sculptures and installations. Today, the park boasts over a dozen sculptures, including military and other themes.

The modern park's best-known symbol is the "My Family" installation, which locals call "The Palms", since it consists of four multicolored sculptures of outstretched hands, representing a familial bond between generations. It is located on the park's central avenue, which leads to an open stage for performances, where guests can hear local musicians and see shows by artistic groups in summer. The park also contains a number of playgrounds and sports areas, including volleyball, basketball, tennis, and badminton courts, as well as a climbing wall and a skate park. Modern playgrounds amuse younger visitors, and sporty visitors can enjoy a jogging track winding through the park. Another advantage of the park is the co-working pavilion, which is open from early morning until late at night.