Picturesque alleys stretching along the walls of a monastery 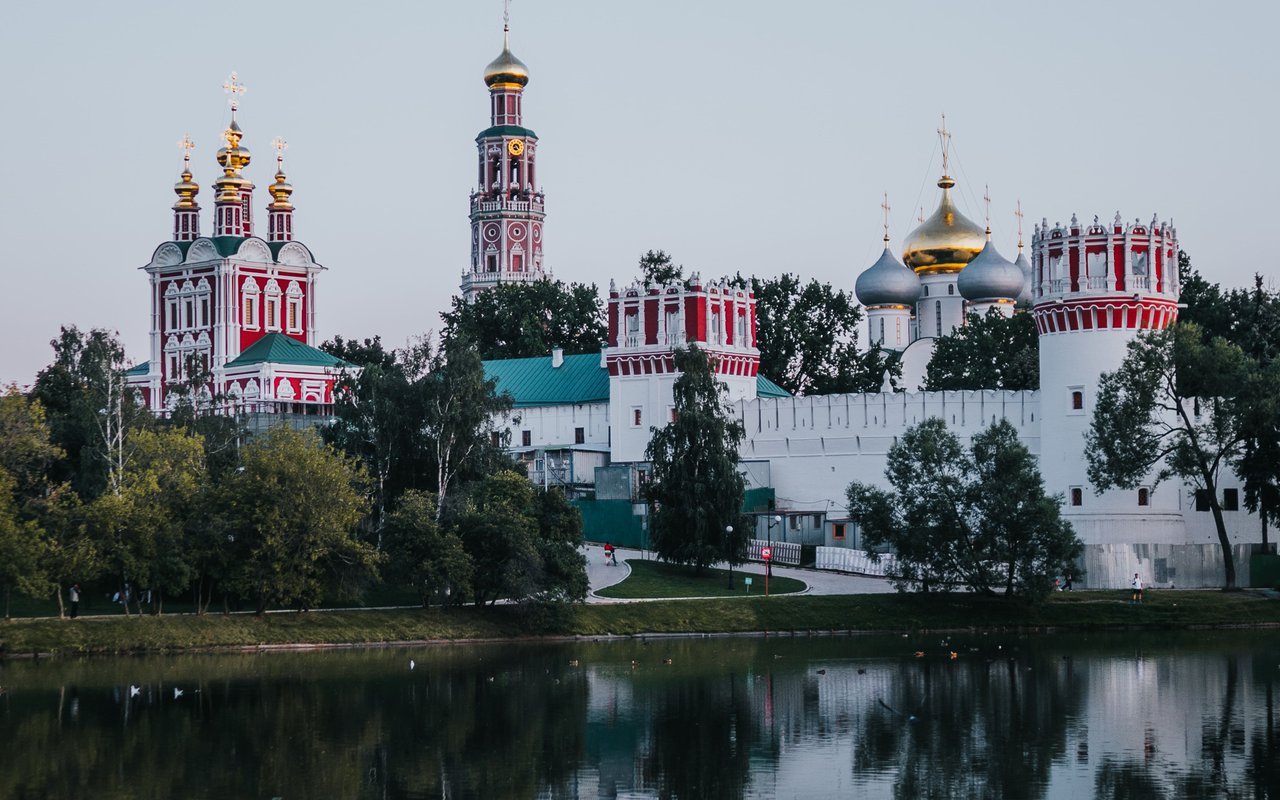 The Novodevichy Convent near Luzhniki was founded by Prince Vasily III in the 16th century. For several centuries, the monastery was a dungeon and a place of imprisonment of royal wives. Later on, a necropolis was formed there where famous people were buried. The monastery's architectural ensemble is finished in the Moscow Baroque style and survives to this day in its near original form. Even during church closures during Soviet times, this facility was almost immediately designated a museum.

The Novodevichy Convent stands on the banks of two ponds — Bolshoi Novodevichy and Maly Novodevichy. A system of alleyways formed naturally around these ponds throughout the location's history, eventually taking shape of a small park. There are no playgrounds or entertainment zones here: rather, it is a place for quiet recreation and contemplation. The walls of the monastery reflect beautifully in the pond waters. Wedding photo sessions are often held in Novodevichy Park, and beautiful landscapes attract artists, while along the shores you will see fishermen. When the water in the pond freezes over and the steep slopes near the monastery walls are covered with ice and snow, the park becomes a favorite spot for downhill skiing or sledding.