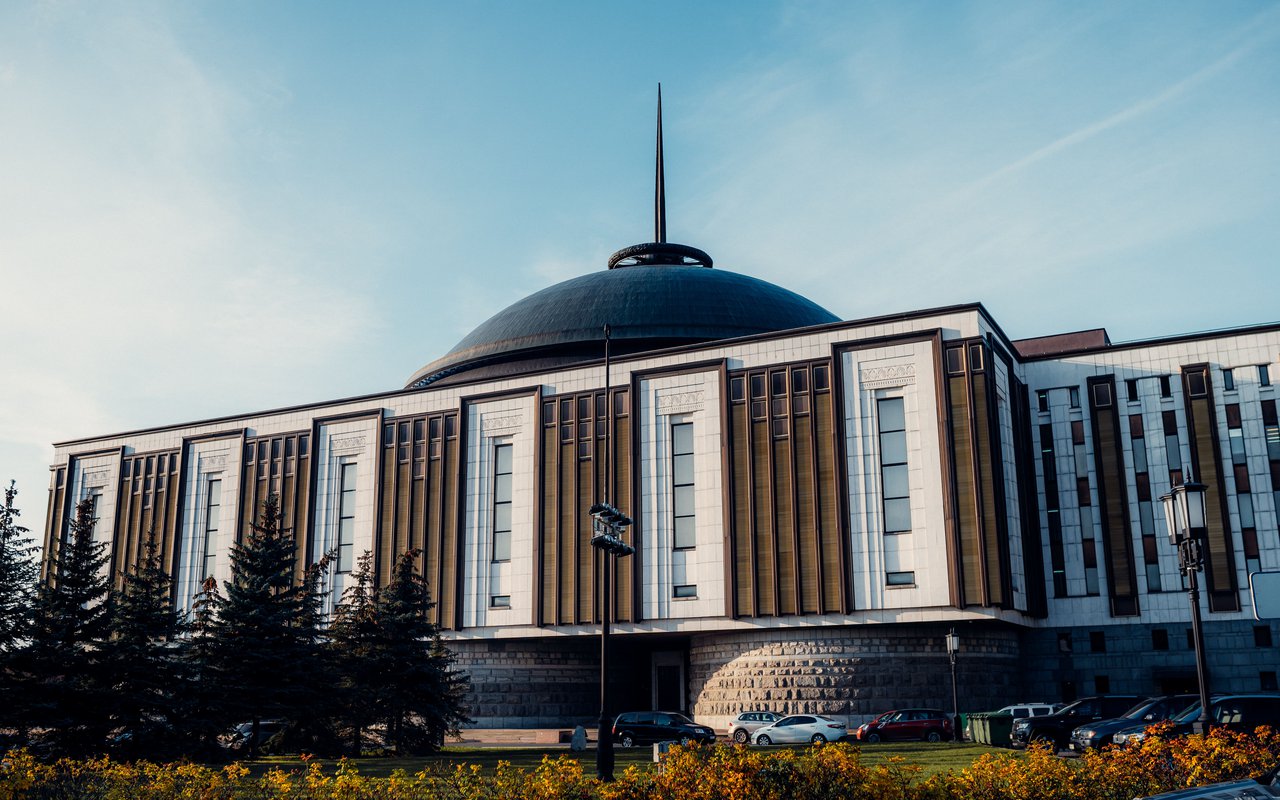 The idea of creating a war memorial in Moscow was first discussed all the way back in 1942 when the fight was still raging on. Poklonnaya Gora was chosen as the site for the memorial: Red Army troops passed by this hill in the west of the city as they were departing for the front. Construction of the complex was constantly postponed for various reasons it was finally opened on May 9, 1995 — the fiftieth anniversary of the victory of WWII.

In the center of the park stands the Victory Monument — a 141.8 meter tall obelisk by Zurab Tsereteli. The exact figure of its height is a callback to the 1,418 days the USSR was at war. Next to the monument is the Victory Museum with its thematic expositions. The Church of St. George the Victorious, a memorial mosque, and a synagogue were built in the park in memory of the representatives of various confessions who died in the war. Memorial sculptures are placed throughout the complex, and streams of water in the "Years of War" fountain are highlighted in red in the evenings, symbolizing the tragedy of wartime.

Today, Victory Park is a modern complex with wide pedestrian alleys and sports grounds. Its unpaved paths are great for cycling, and there are amusements for children styled after the war era, such as the Armored Train. The park also houses the only flower clock in Moscow, which traditionally starts on the first day of May.