Estate with a palace built for Catherine the Great 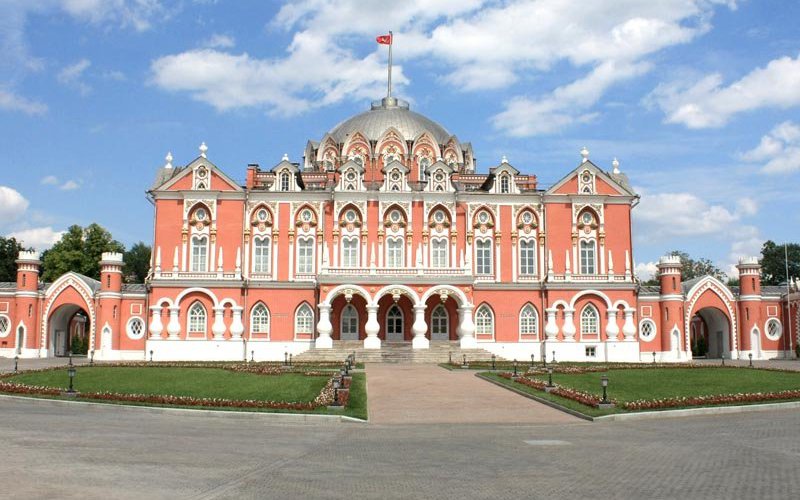 The history of Petrovski Park, a landscaped estate in the northeast of Moscow, began when Catherine II ordered the construction of the Petrovsky Palace — termed an "en route palace", destined for short stays upon arrival into Moscow after the long journey from St. Petersburg. Architect Matvey Kazakov planned the palace's neo-Gothic style — as well as the general style visible in Moscow until the Great Fire of 1812. The Empress only made a couple of visits, but the palace survived many historical events: during the Napoleon's 1812 invasion of Russia, it was destroyed by French troops, and during the coronation of Nicholas II in 1896, overcrowding in front of the building caused a tragic stampede.

The spacious green area surrounding the palace became a popular spot for country promenades towards the middle of the 19th century. Land nearby was sold to aristocrats for summer cottages, a pond was dug and dams erected in the park, and later, the first streetcar line was laid through the park towards Strastnoy Boulevard.

Today, the park extends over a large area, containing both thickets of century-old trees, and landscaped areas with benches for leisure. The Petrovsky Palace still lies at the park's center: in 1999, the building was returned to the city and restored, and the Museum of Moscow's sightseeing bureau has organised guided tours around the Palace ever since.