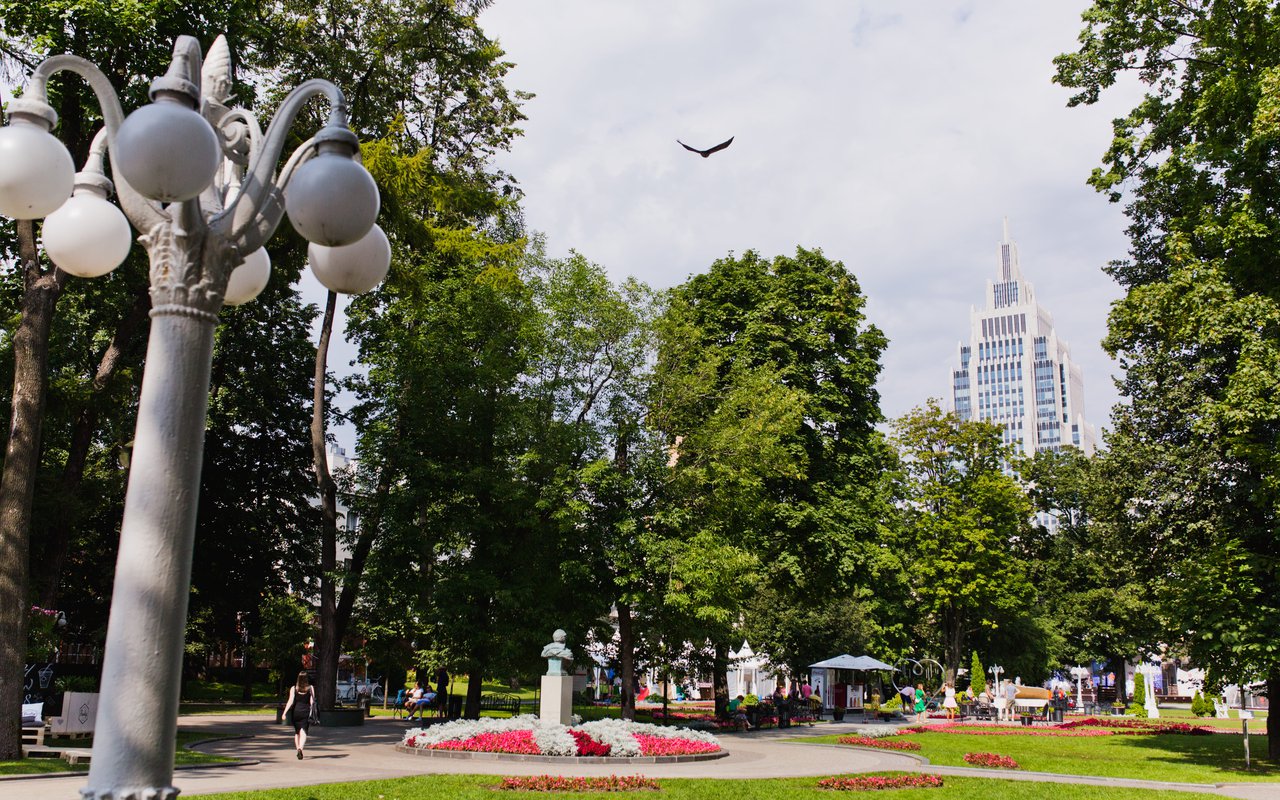 Yakov Shchukin, a philanthropist from Moscow, commissioned a garden on the site of an empty estate in Karetny Ryad in 1894, turning an inconspicuous piece of land into a center of cultural entertainment. Shortly thereafter, a drama theater and wide avenues appeared in the garden along with benches and fountains placed between flowering trees. The performances were held not only inside the theater, but also in the open air inside the garden, where orchestras played and magicians performed. In the early 20th century, one of the country's first film screenings took place in the summer theater of the Hermitage Garden

Today, the Hermitage Garden is still the center of attraction for the townspeople. There are now three theaters in the garden: the New Opera, the Sphere, and the Hermitage. The open-air stage was complimented with cinema equipment — open air screenings are held here in summer. There is a squirrel pen and a dovecote in the garden. Café verandas open up all around the central park pavilion in summer. People often come to the garden with children — there is an art studio, a dance school, a ballet hall, and a theater class for children within the Garden, as well as several playgrounds. In 2012, Mamin Sadik ("Mother's Kindergarten") opened here — it is a children's center in a country house where parents participate in developmental activities with their children.