An island park with beaches and squirrels 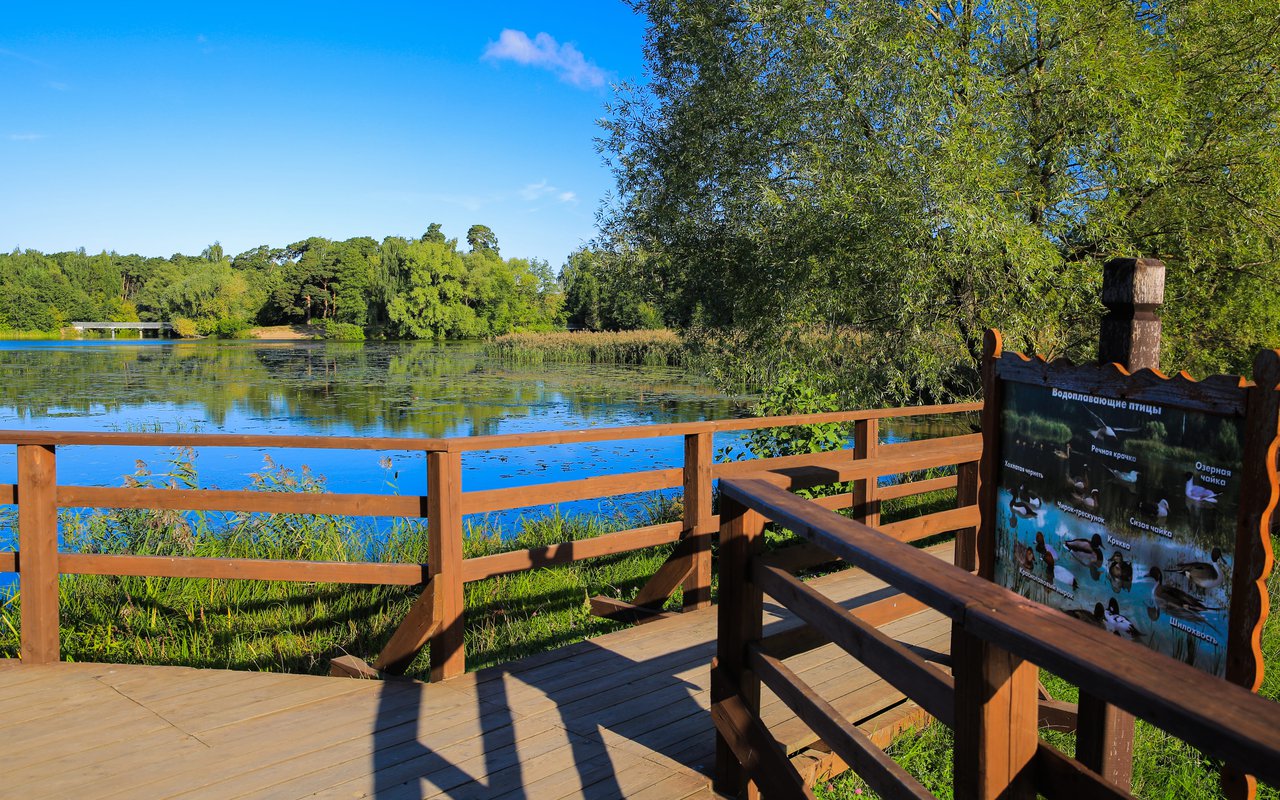 Khoroshovsky forest park is located in the northwest part of the city on an artificial island in the middle of the Moskva River. Its second name, Serebryany Bor, comes from the unusual shade of local pines that appears when in direct sunlight. For centuries the forest park was part of the royal family's falconry grounds. After the 1917 revolution, the protected area was divided in two by a navigable canal — that is how Serebryany Bor ended up an island. The Bezdonnoye ("bottomless") Lake was formed next to it. Later on, the island was reconnected to the city by the Khoroshevskoye Highway and the spacious area became a popular leisure spot for Muscovites.

Today, Serebryaniy Bor is a natural monument with an abundance of conifers and forest animals. An eco-trail passes through the entire park: along the route there are places for rest and aviaries with birds, such as rarer breeds of pheasants and geese. The most famous inhabitants of the park are squirrels, which visitors feed as they willingly make contact with visitors.

When the weather warms, Muscovites come here for swim — there are three beaches in Serebryany Bor, and the proximity to the city makes the Bezdonnoye Lake the most accessible reservoir for the city residents. Boats and speedboats are available for rent at the lake: a pier is constructed on the lake every summer. In winter the park has something else to offer: its large area allows for unusual ski routes, and its slopes are converted into a huge ice rink.