A spacious park with activities for all ages 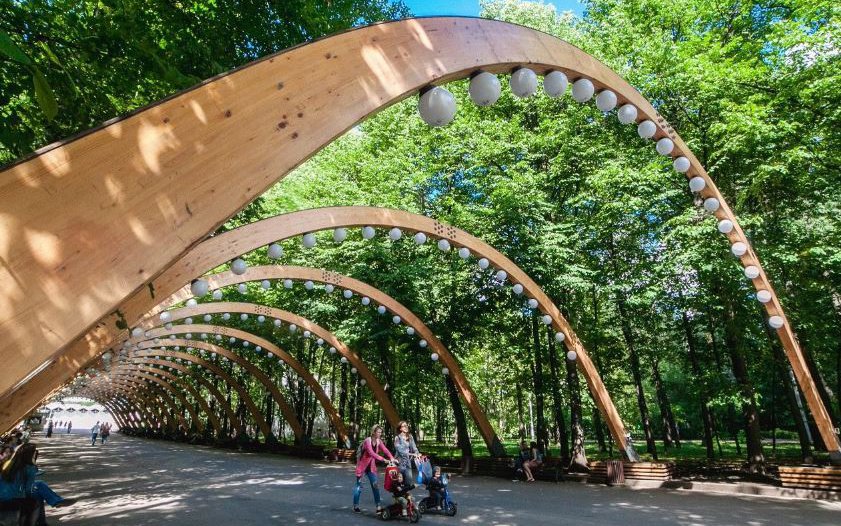 Since the 16th century, tsars and nobles have come to these thickets northeast of Moscow for falconry. People who trained these birds — the falconers — lived nearby. The name of this park, Sokolniki, derives from the Russian word for their occupation. Under Peter the Great, a glade was cut in the grove, which the first Russian emperor used to arrange festivities. During the War of 1812, the townspeople hid from Napoleon's troops in impassable oak forests, and in the 1870s Sokolniki became the property of the city and became a public pedestrian space. That's where the park architecture originates — fountains, gazebos, and an exhibition pavilion in which the "kitchen debates" between Khrushchev and Nixon took place in 1959. In the 1990s, the park fell into disrepair, but a thorough reconstruction brought back with it the interest of Muscovites.

Today, Sokolniki offers leisure opportunities to suit every taste — the park has beaches, swimming pools, playgrounds, sporting facilities, various snack bars, and cafes. The beach area is located west of the main entrance at the Golden Pond, and in summer, people play ping-pong there. To the east of the main entrance there are Putyaevskie ponds, where visitors can rent a boat and paddleboats, or simply watch the ducks. The park has other natural spots for observation as well — the Lilac Garden, the Large and Small Rose Gardens, and the Astronomers' Garden next to the observatory. There, visitors can observe the Moon and the planets through a telescope. There are ten play areas for children, as well as a rope park with a climbing wall; for teenagers, a skate park and a dance veranda.