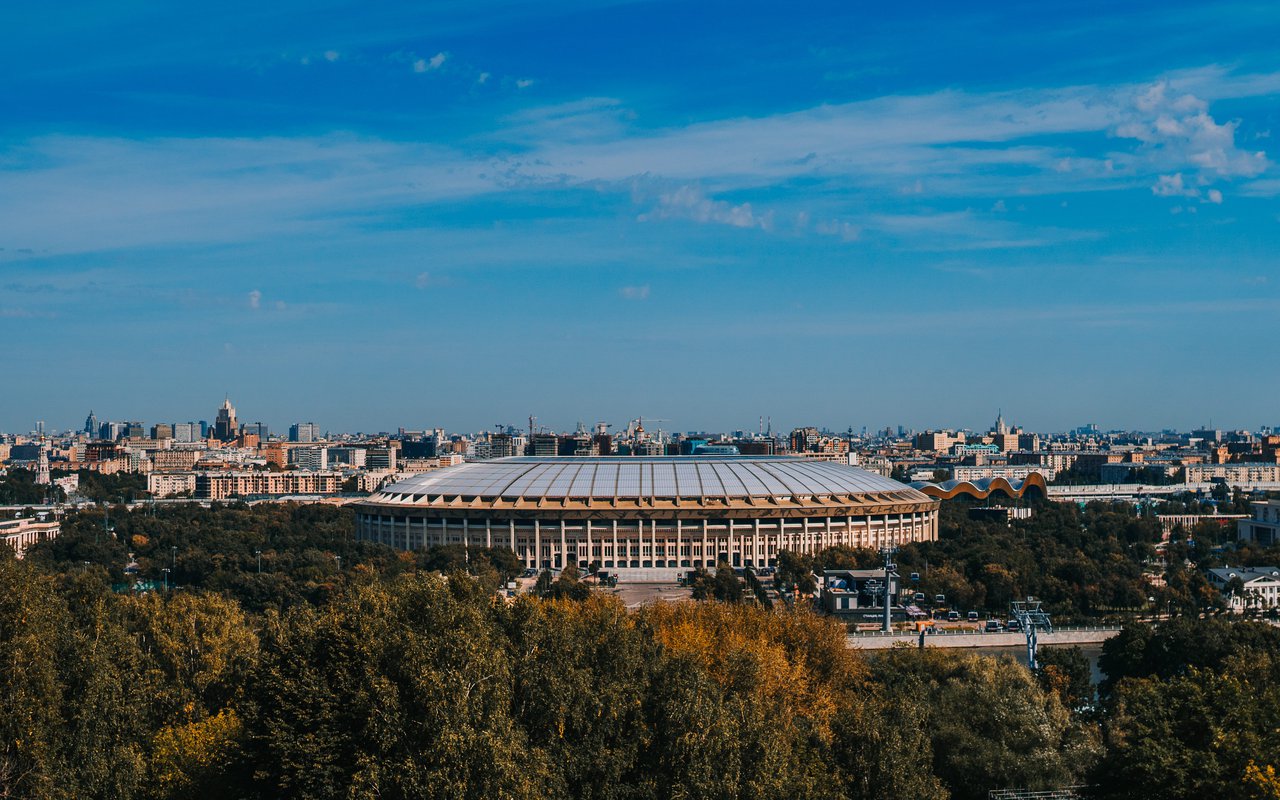 This is one of the capital city's primary parks. Its advantages include its proximity to the city center, its unique nature, and lots of space. The history of Sparrow Hills dates back several millennia — ancient tribes used to live on the coastal slopes, and in the middle of the XV century, this area became the property of the Vorobyovs boyars who gave its namesake. Subsequently, the site hosted a residence for tsars and Moscow princes, and at the beginning of the XIX century, a village was established that's become a popular place for a summer cottages.

When Moscow State University was founded, Sparrow Hills (known as Lenin Hills from1935-1999) was transformed: university buildings appeared, and sports facilities were placed along the promenade and the area was converted into a park. At the top of the slope, an observation deck with a view of the major Moscow attractions was constructed. You can go up to it by the cable-car, which was made half a century ago for a ski jumping, and was recently reopened to visitors for the 2018 FIFA World Cup. Sparrow Hills is still very popular with athletes – here they run along the promenade, ride bikes and roller skate, and go race walking along the hilly area. Sparrow Hills is also loved for natural diversity - despite the park's location practically in the city center, it still hosts several ecological paths. The entire park is covered with a broad-leaved forest and duck ponds. You may even see falcons and hawks.

The subway station by the same is the only one in the Moscow subway system located above the river, and also has the longest platform in the world. In the station lobby, there are glass cases that serve as an open-air exhibition spaces. The exposition is changed several times a year.