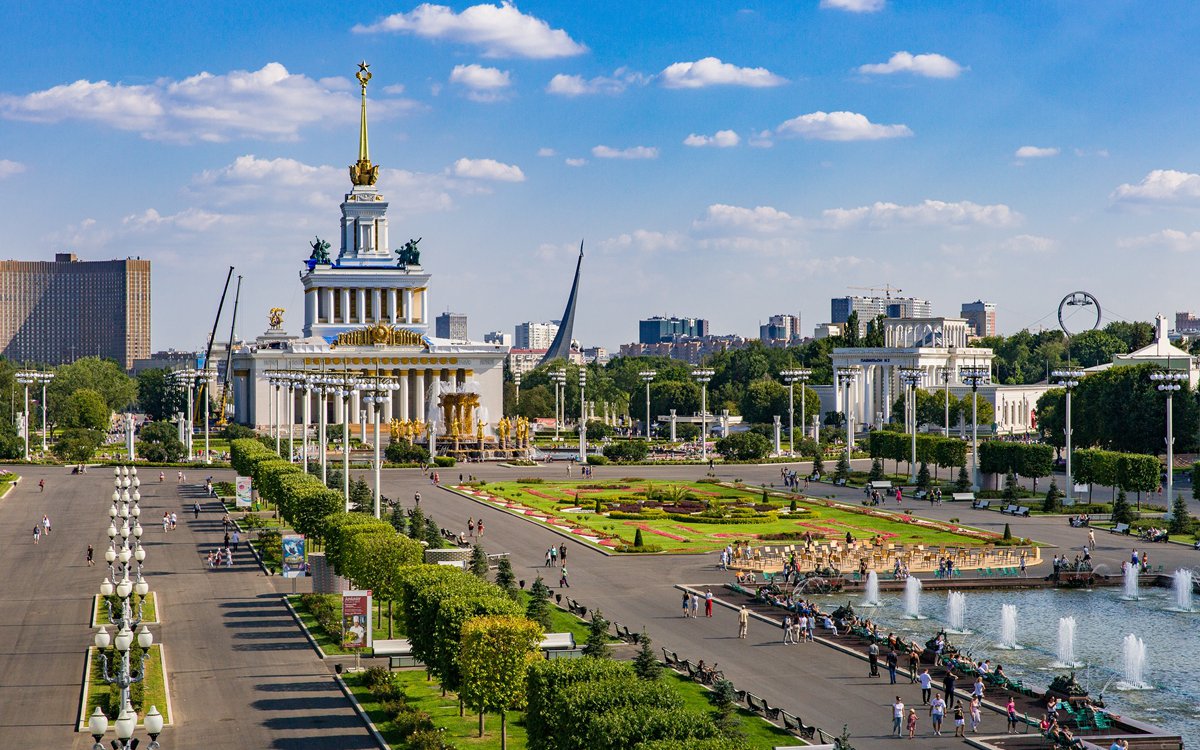 The exhibition of achievements of the national economy was conceived as a temporary exhibition for the 20th anniversary of Soviet power, but due to delays in construction, the original idea had to be rethought. The exhibition complex was inaugurated in August 1939 — many thematic pavilions were located here, each of which was made in an original style, a sculpture of Vera Mukhina "Worker and Collective Farmer" was installed in front of the main entrance, created for the international exhibition in Paris and received rave reviews there. Since the 1960s, the exhibition has become year-round.

The exhibition was closed in the 1990s after falling into to disrepair, but in 2014 the pavilions underwent reconstruction, and the territory of VDNH was connected with Ostankino Park and the Moscow Botanical Garden.

Today, VDNH is not only an illustrative monument to the Soviet era, but also a modern city park with a variety of activities. The park has preserved its historical appearance, but their insides have been modernized: some pavilions host museum expositions and lecture halls and others serve as educational spaces. The Cosmos pavilion, with unusual glass-and steel-dome was made into a thematic museum, featuring models of modern spaceships and futuristic exhibits alongside Soviet artifacts. And Moscow's main museums organize temporary expositions at the pavilion where Worker and Kolkhoz Woman statue was moved. Some buildings in the park were completely rebuilt: the Cinema Museum has three rooms and a lecture hall (pavilion No. 36), Fairy Tale Theater features performances based on Russian folklore (Pavilion No. 9), and the Soyuzmultpark Multimedia Center hosts and Interactive exhibition "Robostation".

Festivals are often held in the park: after the reconstruction, a large open-air concert venue "Green Theater" appeared here. In winter, the territory of VDNH is occupied by the largest skating rink in Moscow — it is located on the Main Alley, around the well-known fountains "Friendship of Peoples" and "Stone Flower". 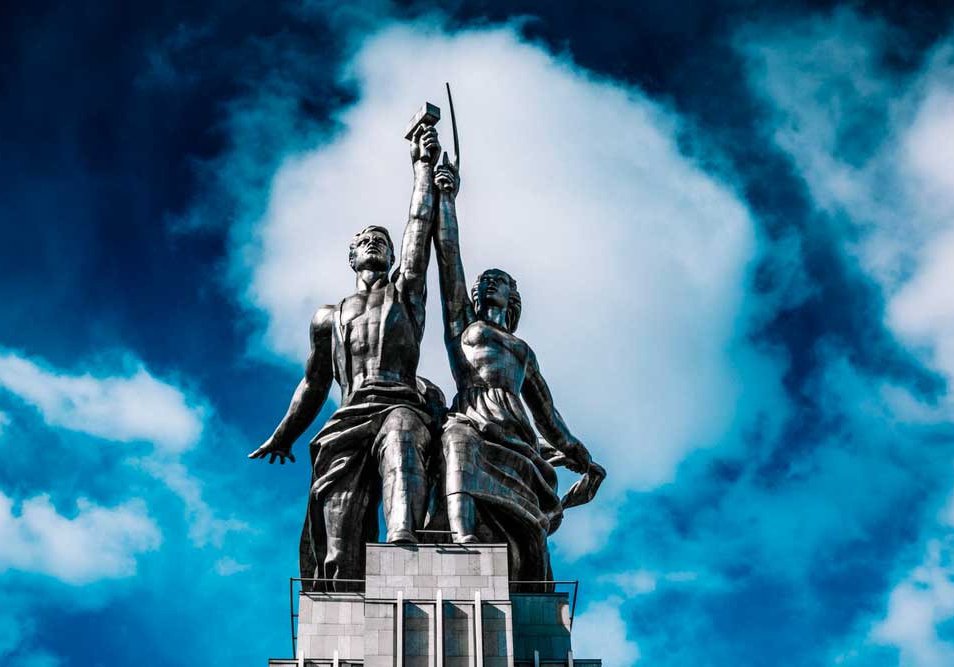 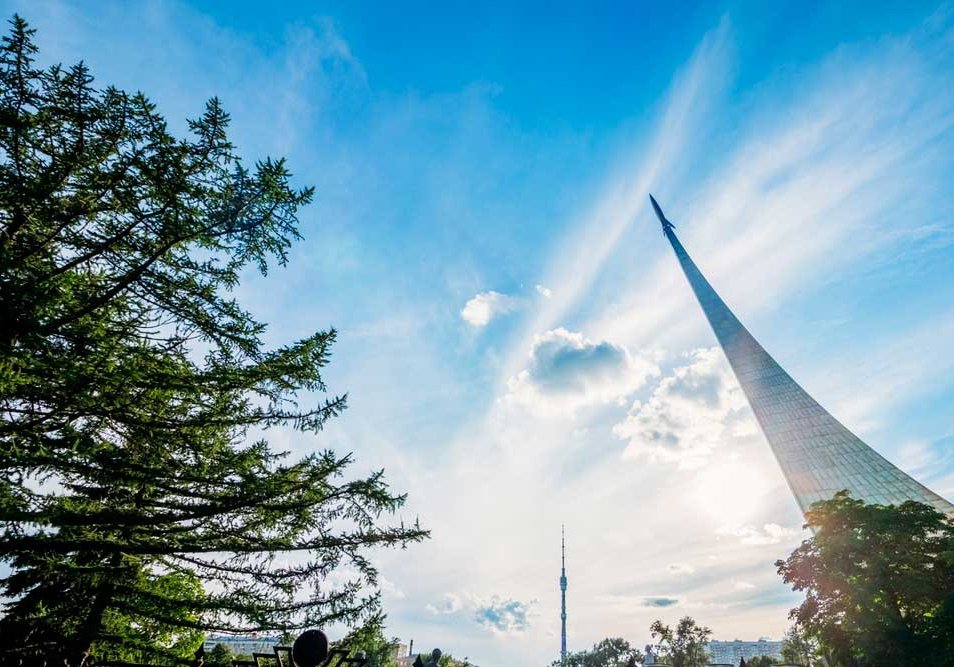 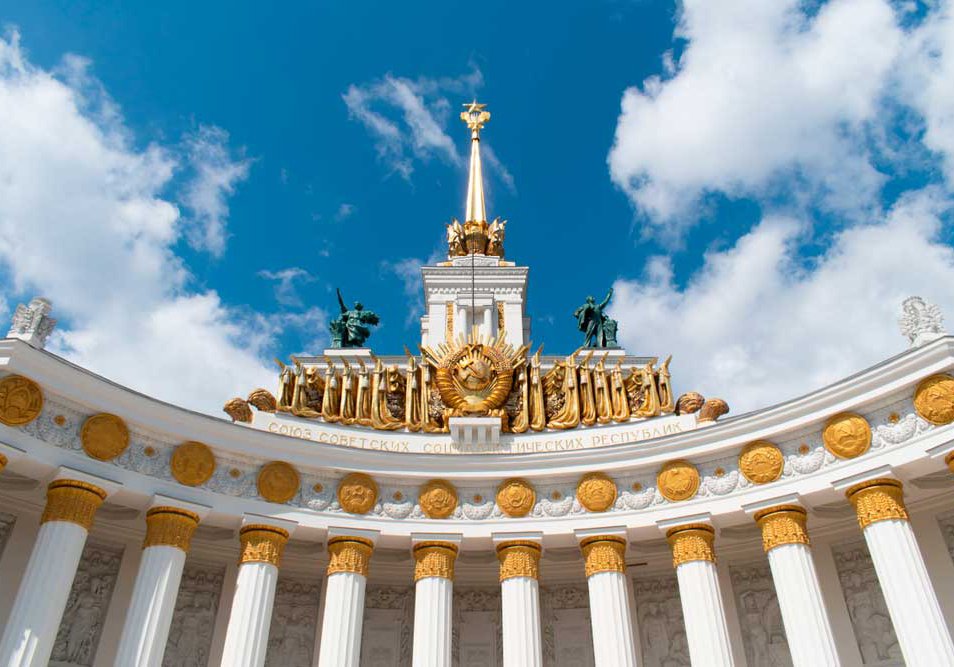